To whom Gazprom offers discounts in Armenia 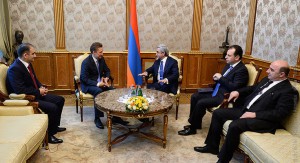 The Armenian government has approved the protocol, according to which the price of the supplied from Russia to Armenia gas will be reduced to $ 165 per thousand cubic meters.

This is not the first time that the Russian company offers discounts for Armenia, but as in the previous cases, there are no reports that the price of gas in the internal market of Armenia will be lowered. On the question – “why” the RUSARMINFO correspondent has interviewed Vahan Martirosyan, leader of the Inter-Armenian liberation movement.

The leadership of «Gazprom Armenia» due to high gas prices for the consumer gets inflated profits, explaining the high cost of natural gas as a necessity to make investments for the development of the gas supply networks in the country. The main arguments of the heads of Gazprom subsidiary in Armenia are the absence or deterioration of networks, and the revenues are directed to the construction or renovation of the existing ones. 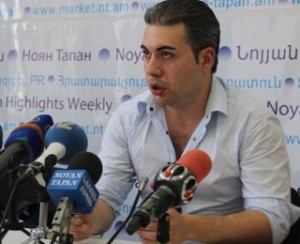 «Miller has to understand that because of the adventurism of his subordinates in Armenia Russia may face the same problem as in the case of the electric networks,» says Martirosyan. According to the RUSARMINFO speaker, the management of «Gazprom Armenia» is supported by the country’s political elite, the members of which directly or indirectly own the largest gas consuming enterprises. For example, the gas stations in Armenia, which are highly profitable business, are absolutely out of control: they have no meters, it is impossible to conduct an audit and see how much gas they have consumed. Vahan Martirosyan is sure that the stations are a kind of mechanism of cashing gas money in Armenia.

The gas tariffs in Armenia are established with the involvement of government, says Alexey Grivach, Deputy General Director on gas issues of the National Energy Security Fund of Russia. In his interview to RUSARMINFO, Grivach has expressed the opinion that it is the Armenian side that decides to reduce tariffs or allow «Gazprom» to form an investment resource. 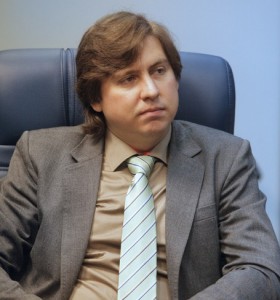 At the same time, the economist does not rule out that the Armenian government has certain obligations to «Gazprom» in the framework of the agreement on gas supplies, and Armenia can not take and immediately change the price, as any investor prescribes economic conditions when entering the market.

The discounts granted to Gazprom Armenia, according Grivach, are due to the general decline in world prices for oil and gas, in this connection the gas prices are changed in contracts with suppliers. An important factor in the internal rate of gas in Armenia, as says the Russian economist, is the difference in exchange rates: if the gas price decreases during the devaluation of the national currency, it will turn out that the buyer of gas – “Gazprom Armenia”, will buy gas more expensive than it can sell it on the domestic market. The price of Russian gas, taking into account Armenia’s joining the Eurasian Economic Union, will be reduced by $ 25 per thousand cubic meters (from $ 190 to $ 165).

The agreement on this was reached in April of this year in the negotiations between Chairman of «Gazprom» Alexey Miller and President of Armenia Serzh Sargsyan. The sole supplier and implementer of natural gas on the domestic market is «Gazprom Armenia», a 100 percent subsidiary of PJSC «Gazprom».