With the reduction of oil prices, the depreciation of the national currencies of Russia and China has been continuing. Behind them, the national currencies of Kazakhstan and Kyrgyzstan have been sharply devalued. According to Bloomberg economists, with such developments the countries of Asia and the former Soviet Union are becoming more and more fragile in regards to the currency risk.

«Azerbaijan and Georgia devalued their exchange rates during the past year, while other countries, in particular, Armenia, Tajikistan, Moldova and Mongolia currently are in danger,» say Bloomberg experts.

Maintaining the overvaluation of the national currency against the backdrop in the ruble is an absolute nonsense, believes Vladislav Zhukovsky, an independent expert, economist. 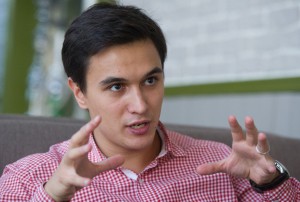 «The preservation of AMD exchange rate is actually deadly, since the Russia’s currency, Armenia’s main trading partner, falls. I think AMD will soon collapse too, given the record of unemployment in the country (19%) and the fall in consumer activity,» says the expert in his interview to RUSARMINFO.

Zhukovsky reminds that Armenia’s external debt over the past 6 years has grown 2.5 times, almost as in Ukraine, and its service is a great burden on the economy. According to the economist, Armenia is in a state of crisis. The acceleration of economic growth is not expected, and the best growth forecast is 2 percent.

«The central bank is afraid to devalue the dram, due to the increase in external payments caused as a result of the mounting external debt,» says Zhukovsky.

Based on the history of the fall of the dram (in 2009, from 300 to 380 to the dollar, in 2011- 360-400, in 2015 — 410-460), the economist predicts the fall of the Armenian currency to 550 drams per dollar. «In a depressed state of the Armenian economy and its dependence on Russia, keeping an excessively strong dram to the dollar and ruble is very wrong. As a result, there will be a huge outflow of capital, problems with foreign trade, in its turn, the foreign debt will increase. To avoid this AMD should be devalued by 15-20%. This should be done while the oil prices are falling and the rate of ruble is declining, » states the Russian expert. 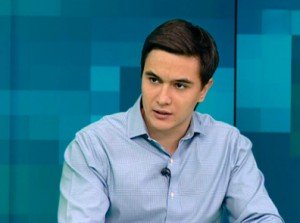 The high rate of dram has an extremely negative effect on the import-export activities of Armenian business: Armenian goods in the Russian market are more expensive at times, and the low-cost Russian good leave no chance for the Armenian producers on the domestic market.

The current rate of dram brings a lot of trouble for Armenian migrant workers. The earned Russian ruble in AMD exchange is sharply depreciated, which reduces the purchasing power of the vast number of people in Armenia.

In the situation, when the CIS area has fixed the pervasive devaluation of the national currencies, an increase in competition is expected, according to the expert, and Armenia sooner or later will have to get involved in this devaluation race.