RUSARMINFO press conference: “The common database to track the banned products in the EEU» VIDEO

RUSARMINFO multimedia press center held a press conference on the theme in regards to the Rosselkhoznadzor proposal to create a unified system of electronic control of the issuance of phytosanitary and veterinary documents and tracking sanctioned products on the territory of countries participating in the EEU. As conceived by the initiators, the system will help to prevent the penetration of the banned products into Russia through the territory of the EEU countries.

Robert Harutyunyan — member of the Board (Minister), the Eurasian Economic Commission (EEC) 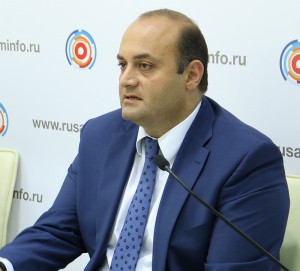 «I would not bind the Rosselkhoznadzor initiative to the sanctions. Would not the eligible authorities of the EEU member states work with each other in the case of absence of sanctions? Of course, they would. The mechanisms and actions in the area of ​​food safety were included in the EEU agreement back in 2014, before the imposition of sanctions. The objective option for this would not be the formation of a new unified system of tracking products, but the integration of existing ones.»

«In each Member State of the Eurasian Economic Union functions its own system of food safety control. At the national level, each country is interested in ensuring the safety of these products. The local service monitors the process of entering of products. In case of violations, according to the decisions of the plenipotentiary structure, the goods are sent to quarantine.»

«Our goal is to eliminate unsafe products in the common economic space from entering not only into Russia but also other countries participating in the EEU».

The mutual trade between the EEU countries decreased

«As of June 2015, it’s recorded a decrease of trade within the EEU member countries by 30 percent. We should strive not to import products from third countries, and to improve performance within the EEU. After all, the idea of ​​the Union is the economic integration and increase in industrial cooperation. In this regard, the restrictions on the use of mechanisms for the implementation of internal trade are unacceptable.»

The problems of the Armenian export

«The cost of Armenian goods in Moscow is formed depending on the ratio of the ruble against the dollar. Today, the Armenian exporters make their calculations in US dollars. And in these conditions, they either have to raise the price of products or reduce the volume of supply, thereby reducing the production costs. The second component of the cost is transportation.» Igor Abakumov: Director General of media group «Krestyanskie vedomosti», head of the organizing committee of the Association of Agricultural Journalists of Russia 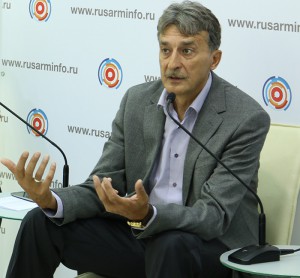 «Food is an effective strategic weapon of the 21st century. If you have a food weapon, then you’re protected, you can dictate your terms, and if you have not any, then you are immune to the influence of others. » «What is happening now is considered as a food war. Against Russia are imposed sanctions, they are entitled to do it, and Russia has the right to impose retaliatory measures. After the imposed restrictions, the banned products continued to appear in Russia. I personally have very bad attitude to the destruction of food, especially the demonstrative one, but I think this is a forced and necessary measure.»

«Single documents, uniform quality standards, of course, should be present in the Eurasian Union. If the production of cheese is increased by 3 times, the milk must be produced in the same period about 4.5-5 times more. If not, it means that other ingredients instead of milk are added to cheese, such as palm oil. The Eurasian community must fight equally throughout its territory against the counterfeit products. We have to go through the harmonization of legislation and regulative documents. The training of specialists should be developed: trainings, test procedures, test devices, devices that operate at the border and within our union. But to make it work, first of all, the farmer who has the purpose to increase his production, needs a cheap loan, reliable distribution and solid agricultural policy, and everything else he will do himself. Unfortunately, we miss the third one, and all the work is on our own fear and risk.»