China joins Armenia and Iran for its own benefit 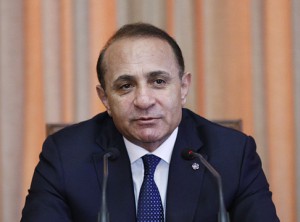 Prime Minister of Armenia has confirmed the information on the Chinese companies’ interest in the construction of the railway between Armenia and Iran and their commitment to finance the 60% of construction. Hovik Abrahamyan noted that in the scopes of his visit to Beijing (September 23 — 25) this question will be discussed at the level of the heads of governments of Armenia and China. «There are two important aspects: firstly, China’s interest to enter the large markets in Europe, and secondly, the desire of China via the railway to affect the countries in the region and to increase its influence in the Broader Middle East, where in the next 50 years will be solved the political and economic issues of world importance,» commenting on the news, in his interview to RUSARMINFO has mentioned Ara Papyan, Head of the Modus Vivendi Center, former Ambassador Extraordinary and Plenipotentiary of the Republic of Armenia to Canada. 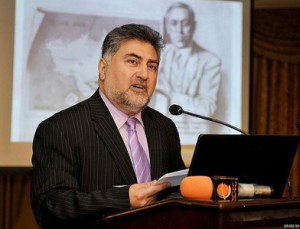 The expert also believes that despite the importance of the economic component, China’s interest, first and foremost, is political. Because, in case of the economic prevalence, China would give preference to another project — the railway, joining Iran, Azerbaijan and Georgia, worth $400 million.

However, Ara Papyan is sure that Armenia does not use all the possibilities of cooperation with Iran, which are opened after the completion of the agreement between Tehran and the «group of six». «In regards to Iran are lifted the restrictions to invest no more than $ 40 million in one project, moreover, there’re appearing available funds as a result of the thawing of Iranian assets and large revenues from oil sales. Some part of this money can be invested in the Armenian-Iranian projects, which is not happening,» says Papyan.

Note: The government of Armenia on Aug. 7, 2014 approved the provisional program for the railway construction between Iran and Armenia. The project cost is estimated at $ 3.5 billion, the length of pipeline will be 300 kilometers, its infrastructure will include 64 bridges with a total length of 19.4 kilometers, 60 tunnels with the length of 102.3 kilometers and 27 stations. The expected deadline of the project is 2022, and the annual volume of cargo reaches 25 million tons.