The results of the survey conducted by the Turkish MAK Foundation show that if the early elections are held in Turkey today, the Justice and Development Party (AKP) will win 44.7% of votes, 4% more than in the elections in June. According to the same survey, the pro-Kurdish Democratic People’s Party (DPN) will pick up only 10.7% of votes, which is 13% less than the result of the party in the June elections. 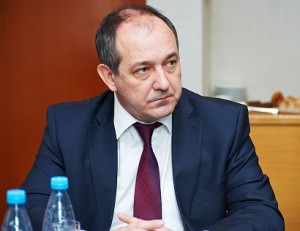 Vladimir Yevseyev, Head of the Public Political Studies Center, casts doubt on the reliability of the MAK survey results, but believes that even if the AKP receives 44.7% of the vote, it is still not necessary to gain the half of the votes of the Parliament to form the government solely.

«The new parliamentary elections in Turkey may take place in October or November. And before that, the situation may change considerably. The Syrian problem may be exacerbated, leading to a surge of negativity on the territory of Turkey. If I were on Erdogan’s place, I would not experiment with the early elections, and would try to keep at least what was reached and begin to negotiate on forming a coalition now,» said the expert in his interview to RUSARMINFO.

Yevseyev also notes that the majority of Turkish experts mentions the weakening influence of Erdogan in the country, and they are not sure whether his party will win the next parliamentary elections. The representative of the Kurdistan Regional Government in Russia Aso Jangi Burkhan, in his turn, says that the pro-Kurdish Democratic People’s Party (DPN) has already announced that it is ready for the next elections and assures that they will receive more than 10 percent of the vote. In a conversation with the reporter of RUSARMINFO Burkhan has expressed confidence that the military operations negatively affect the image of Erdogan. «This mess is disliked by everybody, nobody wants war, especially the population of Turkey.» Note: The Turkish MAK Foundation, specialized in opinion polls, surveyed 5,500 people in 20 Turkish provinces from 4th to 8th of August.