Turkey expands its presence in the South Caucasus region 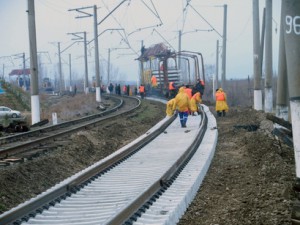 Turkey has launched a test train on its part of the railway line Baku-Tbilisi-Kars (BTK).

According to the TV channel TRT Haber, this was announced by President Recep Tayyip Erdogan, in the scopes of the Sino-Turkish business forum in Beijing.

On the prospects of operation of the new line the “RUSARMINFO” correspondent has talked to Boris Dolgov, a senior researcher at the Center for Arab and Islamic Studies of the Institute of Oriental Studies, the Russian Academy of Sciences.

«This project clearly demonstrates the policy perspective of the three countries on their continued engagement. In addition, the railway promotes their convergence in financial and economic terms, » says the expert. 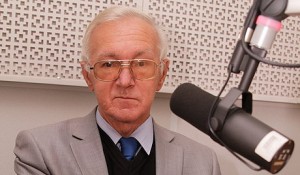 The most proactive side of this project, according to Dolgov, is Turkey.

«Considering himself the successor of the Ottoman Empire, modern Turkey continues to attempt to enter into the countries of the Caucasus region. It is, first and foremost, the economic component. Turkey is interested in expanding its presence in the Georgian market, increasing the number of existing contacts,» mentions Dolgov.

A great interest in the railway “Baku-Tbilisi-Kars” has also Georgia.

«Georgia had a quite strong interest in this project. Tbilisi officially attempted to develop relations in the past as well,” recalls Dolgov.

Background: The railway construction project of Baku-Tbilisi-Kars with the length of 105 km started in 2007. The construction works are considered to be completed in the end of 2015. The railway line construction is based on the Georgian-Azerbaijani-Turkish inter-state agreement. The financial part of the project covers the State Oil Fund of Azerbaijan. It is expected that the initial phase of the project will have the capacity of about 1 million passengers and 6.5 million tons of cargo.