The Fashion for Elektroprotest reached Tbilisi 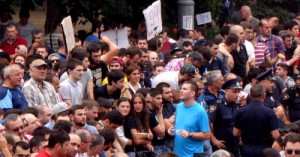 In Tbilisi, the representatives of «United National Movement» (the party of former President Mikhail Sahakashvili) gathered in front of the home of former prime minister, leader of the coalition «Georgian Dream» Bidzina Ivanishvili, demanding the implementation of his election promises — reducing the electricity tariff by 50%. Political analyst Soso Tsintsadze has told RUSARMINFO that the protests will not lead to any results, and the Georgians have to pay for electricity at the existing rates. «With confidence I can say that currently our Government doesn’t enjoy such local processes, especially these day when the European Youth Olympic Festival takes place. There are a lot of foreign visitors in the city, and here are protests. The ruling party hopes that the Georgians do not have stable memory, and until the next election more than a year is left. Until that time, all will be forgotten, and all together will vote for the ruling party,» believes the expert. Under the new law in Georgia, consumers who use more than 100 kilowatts per month, have to pay more. 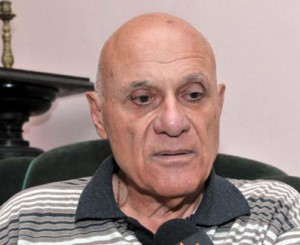 «100 kilowatts – it’s just to turn on the TV and once a week use the electric kettle, so that 95% of the population will pay more,» says Tsintsadze. Some Russian media, as well as in the case of Yerevan protests, were quick to compare the rally in Tbilisi with the Ukrainian «Maydan», but, according to the Georgian analyst, Tbilisi rally has no chance to develop into some kind of large-scale protest.

«Firstly, in Georgia there is no strong opposition, which could lead the protest movement, and secondly, «Maydan» was supported by the Americans, and now Georgia is no longer the center of interests of the West. Everyone is used to the fact that there is a ruling party, which at the very least, but, after all, is holding a pro-Western vector. This satisfies both the officials and overseas politicians,» concludes the expert.

Last Thursday, the National Regulatory Commission of Georgia made a decision, based on the devaluation of the GEL, from August 1 by the average of 32.3% to increase the consumer tariff for subscribers of the company Energo-Pro Georgia (a subsidiary of the Czech Energo-Pro), which supplies electricity to almost all regions of Georgia. Following this, for the same reason the Tbilisi electricity distribution company «Telasi» (controlled by «Inter RAO») submitted to the Commission an application requesting to increase tariffs for its subscribers as well. In its turn, the Georgian government on Friday decided to subsidize the increase in consumer tariff for socially unprotected population.