Ukrainian meat is preferable for Armenians 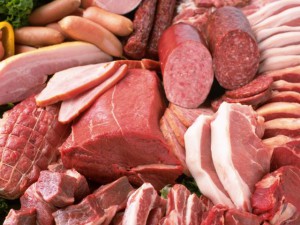 The Republic of Armenia has opened its borders to Ukrainian livestock. The fact that the talks between Armenia and Ukraine on exports of breeding animals, dairy and other products were successfully completed is reported by the press service of the Ministry of Agrarian Policy of Ukraine.

«After changing the order of import of goods to Armenia, the Ukrainian side has sent a list of 65 processing plants ready to deliver their products in accordance with the requirements of Armenia and the Customs Union. From this list, Armenia has already granted the right to import products of animal origin to the 26 Ukrainian companies. The related works in regards to the other 39 Ukrainian companies are in the process,» derives from the statement.

Deputy Minister of Agrarian Policy and Food of Ukraine on European Integration Vladislava Rutitskaya stressed the importance of opening the Armenian market to strengthen the export potential of Ukraine. «The opening of the market is a positive signal for the Ukrainian milk and meat producers. We are moving in the direction of not only the European Union, diversifying our sales of livestock products,» mentioned said Vladislava Rutitskaya. Background: According to the Ukrainian Embassy to Armenia, the import of Ukrainian meat products to Armenia in the first quarter of 2015 amounted to 12% of total imports, which is 14% less compared to the same period of the last year. The decrease is due to the changing requirements of the Armenian side on the import of goods as a result of the country’s accession into the Customs Union and then the Eurasian Economic Union. 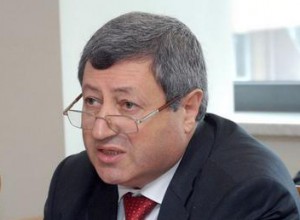 President of the Association of Domestic Producers Vazgen Safaryan has told RUSARMINFO that in recent years, Armenia does not cover its own needs and imports meat from around the world. «Armenia needs to import meat, as local manufacturers do not provide the meat for the domestic market. We import meat from around the world, from Brazil to India,» says Safaryan. However, according to the Customs Service of Armenia, notwithstanding the shortage on the internal level, Armenia exports meat products to Belarus, Iran and Georgia. According to the Statistical Service of Armenia, the trade turnover between Ukraine and Armenia in 2014 amounted to 223 million dollars, and in 2015 there’s a noticeable downward trend in the area of economic cooperation. So, for the first quarter of 2015, compared to the same period of 2014, the bilateral trade volume between Ukraine and Armenia has decreased by 33%, reaching up to $ 25.2 million. The export of goods from Ukraine to Armenia has decreased by 32%, amounting to $ 23.2 million, while imports of goods from Armenia to Ukraine have been dropped by 46% resulting in $ 2 million.