Главная / Без рубрики / Turkey: politically literate terrorism with the head of a man and a woman’s body

Turkey: politically literate terrorism with the head of a man and a woman’s body 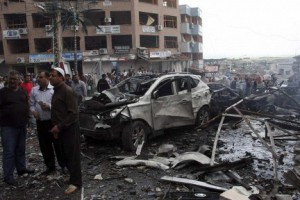 The Turkish intelligence services repeatedly warned the country’s law enforcement agencies that several attacks had been prepared in Turkey, as reports the Turkish newspaper «Hurriyet Daily News». According to it, the Turkish intelligence obtained information that seven militants from the extremist «Islamic state» group had entered the territory of the republic from neighboring Syria and had been preparing to commit a series of terrorist attacks in the country. The names of the suspects, among them three women, were handed over to the security services. However, according to the recent reports, the police failed to find and neutralize the suspected terrorists. 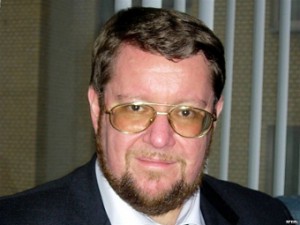 As a result, on Monday at the entrance to the building of the Cultural Center of Amara, the County of Suruç, Sanliurfa province was put into action an explosive device. As a result of the terrorist attack, 32 people were killed and about a hundred injured. The day after the terrorist attack in Suruci was held a rally whose participants accused the Turkish government in the support of IS extremists by their inaction. However, Prime Minister Ahmet Davutoglu denied the allegations. «Turkey and Justice and Development Party have never had any links with terrorist organizations, as well as never have shown tolerance in relation to them,» said the Turkish Prime Minister. However, the director of the Middle East Institute, Yevgeny Satanovsky in his interview to RUSARMINFO has expressed confidence that the Turkish secret services are helping the Islamic state, and the attack on the Syrian city of Cobán from Turkey has confirmed the existence of close links between them.

«Turkey — the main market for oil consumption for the IS, respectively, is the main channel of financing of its structures, and this is» an open secret». The head of Turkey’s National Intelligence Hakan Fidan often provides the IS militants weapons,» says Satanovsky. An even more confusing situation was painted by the Turkish media, which first claimed that the attack was organized by an 18-year old female suicide bomber, showing her passport, and then it turned out that there was found in place the head of a man and some parts of the female bodies. “Since when a female suicide bomber, going on the attack, takes with her the passport,” asks the director of the Middle East Institute. In regard to the consequences of the terrorist attack in Suruci, Yevgeny Satanovsky believes that the terrorist attack in Turkey may result in an early parliamentary election, in which Erdogan’s party will try to get the most votes to form a government alone.

«We have information that is not yet confirmed, but at the same time allows us to say that the terrorist attack in Suruci is a provocation aimed at destabilizing the situation in Turkey in order to announce the next parliamentary elections in the country, since the Turkish President is quite unsatisfied with the results of previous elections. In any case, whatever the cause of the terrorist attack has been and who we may have been the organizers, the Turkish leadership, headed by Erdogan, will undoubtedly use the attack and its consequences in order to achieve their political goals,» assumes Yevgeny Satanovsky. Recall that the Turkish Justice and Development Party (AKP) won the 40.8 percent of the vote in the parliamentary elections and gained only 256 seats out of 550. In order to form a government, it is necessary to form a coalition with one of the opposition parties. However, Turkey has still not formed a government.