Главная / Без рубрики / Moldova to follow the example of Armenia: another electric protest in the former Soviet Union

Moldova to follow the example of Armenia: another electric protest in the former Soviet Union

Following the example of Armenia, the Moldovan opposition called on its citizens to hold protest against the increase of tariffs for gas and electricity, and the leader of the «Our Home is Moldova» party Grigory Petrenko cited the results of protests against the tariff increase carried out in Armenia.

According to the plan of the organizers, the rallies in Moldova will be daily, and will kick off on July 22 in front of the National Agency for Energy Regulation. Background: Last week the agency approved the increase in electricity tariffs in Moldova on average by 30% and for natural gas by 15%. The director of agency Sergey Chobanu told the journalists that in the situation of devaluation of the Moldovan leu the tariff increase was inevitable, and it wouldn’t stop on that. Moldovan 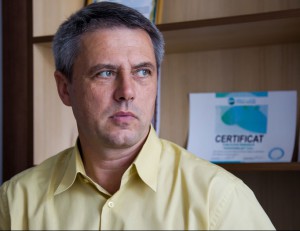 political commentator Alexei Tulbure in his interview to RUSARMINFO has said that the increase in tariffs for gas and electricity is an objective condition for social protest for which should be blamed the authorities. However, given the results of previous mass protests, Tulbure believes that the action will be successful «if the opposition remains consistent, ending the war between each other and not betraying the interests of their constituents. In this case the chances of success are very high.»

Director of the Moldovan edition “Panorama” Dmitry Chubashenko in his interview to RUSARMINFO has expressed the opinion that the protests will take a massive character only by the autumn. 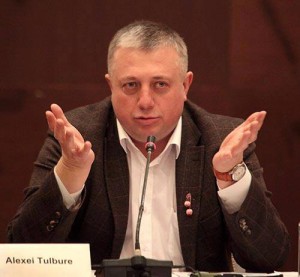 According to the experts, the population of the republic is extremely dissatisfied with the increase of tariffs for electricity, gas, water, which will be followed by a rise in prices of other goods and services. The intention to increase the cost of production has already announced the largest producer of bread in Moldova. «The increase in tariffs is required by the International Monetary Fund, World Bank, European Union which have suspended funding for Moldova because of the political crisis. Companies argue that they suffer losses due to the devaluation of the Moldovan leu. The devaluation is the consequence of the famous «theft of the century» as well — the withdrawal abroad of one billion euros from Moldovan banks,» assures Chubashenko.

According to Alexey Tulbure the «Moldovagaz» (Russian-Moldovan distribution company, 50% owned by Gazprom) company forms the price of gas as a result of negotiations with the Russian side, but there are also intermediaries whose corrupted activity leads to the unjustified increase in tariffs. In addition, he says, there are issues linked to the inefficient management of these companies. » The salary in the distribution of the company is comparable with the salary of top managers in the developed European countries, while the average salary in Moldova amounts to more than 100 dollars,» notes Tulbure. Recall that the Russian-Moldovan distribution company «Moldovagaz» requested an increase in tariffs by 51%, and the largest supplier of electricity — «Fenosa Gas Naturale», demanded a double growth. The companies argue that the need to increase tariffs is conditioned by the previous prices for imported energy resources in Moldova, revised last time in 2012, when the dollar was worth 11.8 leu. Today the U.S. dollar exchange rate exceeds 19 leu, which is why companies suffer losses.