Главная / Без рубрики / Alexey Martynov: the Caucasus knows how much Tusk is

Alexey Martynov: the Caucasus knows how much Tusk is 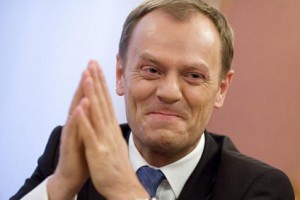 The Transcaucasian tour of the European Council Presdient, Donald Tusk, has become a major theme in the political life of these countries. Arriving in another country, Tusk immediately qualified it as an important partner and expressed great hope for effective cooperation. In Armenia, despite the rather rigid position of official Yerevan, Tusk said that the European Union was not against Armenia’s membership in the EEU, and it couldn’t affect the development of cooperation with the EU. Arriving in Georgia, Tusk qualified it as a leading state among the countries participating in the «Eastern Partnership», and in Azerbaijan, he said that the EU stood «for» the respect of the territorial integrity of the country. 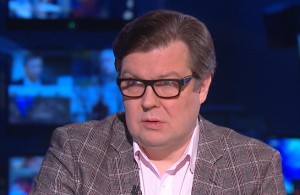 In a telephone conversation to RUSARMINFO, the director of the International Institute of the Newest States, Alexey Martynov commented on the behavior of the head of the European Council, and suggested his thoughts over the European Union policy in relation to Armenia, Georgia and Azerbaijan. «There is nothing surprising in such rhetoric, as the European bureaucracy itself is not enough informed about the subtleties and nuances of regional issues, however, in accordance with the instructions of their overseas curators, they try to be present in the region,» says Martynov.

Martynov believes that such a policy of the EU can cause new problems, worsening the already tense relations between the countries of the region. «Of course, when the politician of this level has poor knowledge on the nuances of the regional policy issues and tries to intervene, it is not conducive to the improvement of the already very complex relations between the states of the Caucasus. But I assure you that the Transcaucasian countries excellently know, who Tusk is and why he has come. Of course, he could be mistaken and think that there live some papuans and natives, but these countries are well aware of the price of Tusk and his visit, » concludes Martynov.