Главная / Без рубрики / Uninvited Tusk is worse than a Tatar

Uninvited Tusk is worse than a Tatar 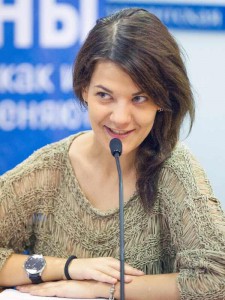 The U.S. and EU in the long term are planning to implement large-scale changes in the South Caucasus region, and the visit of President of the European Council, Donald Tusk to Armenia, Georgia and Azerbaijan is a «trial balloon» of these intentions, such an opinion expresses Naydana Fridrikhson, an expert of the KUB portal, in the interview to RUSARMINFO. As a result of the visit to Armenia, Donald Tusk mentioned that the EU assistance should be unobtrusive, «without political and economic aggression.» The European official also noted that the EU respects the choice of the integration of Armenia. «The West took into account its past mistakes in relation to regional countries, in particular: the policy of intimidation in promoting democracy and human rights. And now, in relation to Armenia, Georgia and Azerbaijan will be developed a new model of relations,» says Naydana Fridrikhson. According to her, the relations of the U.S. and EU in respect to Azerbaijan and Armenia will be based at least on the following three principles. The first is the new strategy in the Nagorno-Karabakh conflict, which aims to expand the U.S. presence bypassing the OSCE Minsk Group. The second principle is to offer a project for Armenia, an alternative to the Eurasian one, the third underlines the search for mechanisms to involve Azerbaijan in the «Eastern Partnership» program. 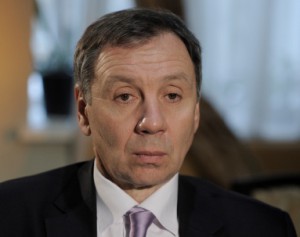 Sergey Markov, Director of the Institute of Political Studies and member of the RF Public Chamber, talking to RUSARMINFO notes that at this stage, when Armenia is in a conflict with the European structures due to the fact that the U.S. and Europe are aimed to change the political regime in Armenia, the unprecedented sharp rhetoric of the Armenian President in dealing with the euroofficial is considered as a reference to Europe to change its attitude towards Armenia. Sergey Markov qualifies Tusk’s proposal to introduce a visa-free regime for Armenia and Georgia as a lie.

«He’s just lying. The visa regime is facilitated so far only for Moldova. And it was a forced decision for the European Union, since Romania uncontrollably was distributing Romanian passports to citizens of Moldova who wished to travel to the EU countries. The possibility of introducing a visa-free regime in other post-Soviet countries is used as an argument of pressure, but the vast majority of similar announcements is simply a lie,» concludes Markov. Recall that in the framework of his tour to the South Caucasus, President of the European Council, Donald Tusk, visited Armenia on Monday; later Tusk will be hosted in Georgia and Azerbaijan.