Главная / Без рубрики / In search of food: systematically malnourished soldiers of Russian military base in Armenia

In search of food: systematically malnourished soldiers of Russian military base in Armenia 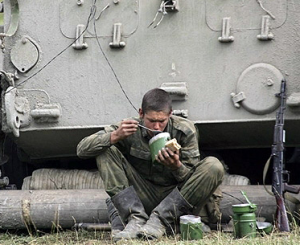 In the scopes of the investigation of the brutal murder of the Armenian family committed by Valery Permyakov, a soldier of the Russian military base in Gyumri, the facts of a multimillion theft of food supplies for the needs of the Russian military base in Armenia worth over 450 million rubles were revealed, according to DONDAY information portal.

In this regard, Colonel Denis Zorin, former deputy chief of food service of the Southern Military District, was detained.

During the investigation of the murder, the investigators found that the conscripts often had to leave their side location in search of food. To put simply, they were malnourished. After this, a working group was formed to investigate the theft of food from a military base in Gyumri.

According to the testimony of arrested Denis Zorin, an entire system of theft of food and its distribution through the markets and various retailers was settled in Armenia.

In an interview to RUSARMINFO, Alexander Sobyanin, a military expert and head of Strategic planning association of cross-border cooperation, says 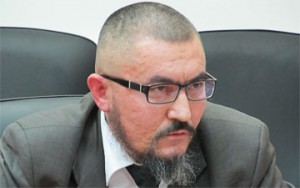 that such cases of theft take place not only in the Russian but also in the American and German armies.

«After the murder of Armenian family by Permyakov, I do not qualify the theft of food as an incident at the military base in Armenia. The positive side of this story is that the theft has been disclosed, and the problem will soon be solved.»

According to Sobyanin, in the theft case can be involved one of the deputy chief of the military base in Gyumri, since the amount is large enough, and without the permission from above such things never happen. However, the expert adds that in the theft issue could also be involved the Armenian side.

«It is a closed delivery, the military commanders undersign in front of the military transport delivery, and then what they should do: will they distribute those products on the markets of Yerevan by themselves? Armenians probably are also involved in this case, but the initiative came from the Russian military,» believes the expert.

«Armenia, Russia and Belarus in the military community are considered as countries where the service is not very tense, there are no large-scale military challenges and tasks. Accordingly, the question arises due to the lack of attention, and problems are solved as they arise, » says the military expert.

In general, according to Alexander Sobyanin, this issue concerns the Armenian-Russian bilateral relations, but it won’t negatively impact on them.