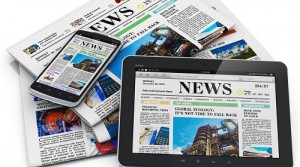 In the ranking of “Global Media Aggressiveness in relation Russia» Armenia, based on the most aggressive publications in relation to Russia, together with Poland, Ukraine, United Kingdom and Germany is on the top 10 list. This is the result of the report on the analysis of the world’s media materials devoted to Russia, conducted from June 22 to 28 by the «Russia Today» international information agency in the framework of the «Russian world» project.

The period from June 22 to 28 coincided with the active protests in Armenia, directed against the increase in electricity tariffs by «Electric Networks of Armenia», a subsidiary of the Russian «Inter RAO». In the report are identified publications with the following aggressive headlines: «The arrival of Russian companies in Armenia is a long-term corruption risk», «Russians spring the tune of hatred against themselves with their own hands,» «The rallies in Yerevan and the Russian lie», «Russian media hysteria», » Armenian «Maidan» of the Russian nightmare, etc.

The expert of the Russian Institute for Strategic Studies, Igor Nikolaychuk has told “RUSARMINFO” corresponded that though Armenian media machinery is not comparable with the German or Iranian ones, but the in period of the study the aggression index, which is 12, have been almost 5 times higher than in the same Germany. According to I 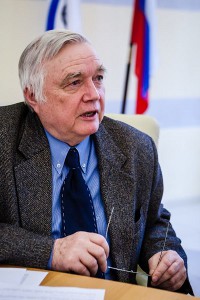 gor Nikolaychuk, the analyses of the publications of Armenian media have been conducted since 2010. According to him, the publications fit into the framework of political schemes, and the tone of publications in the whole satisfied the experts. «Naturally, there were positive and negative publications, but their ratio as an indicator of the degree of discharge of negativity towards Russia didn’t arouse any suspicion. Armenia didn’t represent any information danger to Russia,» says Nikolaychuk. However, the expert notes that since the beginning of 2015, in particular, since March, in the Armenian media there has been a sharp increase in aggression towards Russia.

«The publications were initially modest, but then their position has dramatically changed and nowadays has reached a peak, surpassing all limits. Such an aggression in relation to Russia did not even exist during the so-called «Crisis of Gyumri» associated with the monstrous murder of the Armenian family by the Russian servicemen,” explains the expert. Nikolaychuk ponders that the fluctuations in the index of aggressiveness, which sometimes go beyond the limits, is a result of internal political processes, aimed at gaining some domestic political points, rather than indicating the detachment of Armenia from Russia. «It is, rather, an attempt to undermine the positions of the current government. But this is an internal affair of Armenia, to which Russia is irrelevant. Armenia does not participate in the so-called «first world information war» against Russia,» assures Nikolaychuk. In the scopes of the report were analyzed the publications of the following mass media organizations: First Armenian news and analyses, Hraparak, Zhamanak , Lragir.am, Hetq.am, Novosti — Armenia, Aravot.