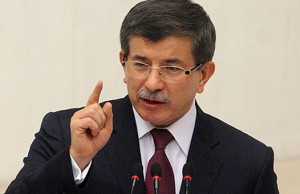 Ankara will hold a meeting of the commanders of the armed forces located on the Turkish-Syrian border, during which will be discussed the plan for a military invasion in Syria, as reports the Turkish newspaper Hurriyet. This meeting will be attended by the commanders of the tank and mechanized infantry units and special forces. One of the issues is the appointment of the commander of the possible military invasion. At the moment, Ankara has placed on the border with Syria 54 thousand soldiers, accounting for about 15% of the total number of ground troops in Turkey.

A day before Prime Minister of Turkey Ahmet Davutoglu said that Turkey in the past few days, built up military forces, including special forces and military equipment on the border with Syria, where the Kurdish militias were situated. 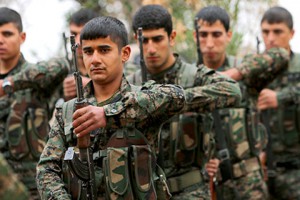 Recall that after the Syrian leader Bashar al-Assad withdrew all the troops from the northern border, the region called the «Syrian Kurdistan» passed into the hands of the Kurdish political party «Democratic Union».

As a result of success in the war against the ISIL, the Kurds declared autonomy in the territories fallen under their control: Cizre, Cobán, Afrin. As a result, in the south of Turkey was formed an unexpected neighbor. Turkey’s anxiety increased even more when the Kurdish forces in an attempt to change the demographic structure of the steel, in fact, started to drive out the Turkmens and Arabs from the lands they have been inhabiting.

The conflict between Turkey and Syria began on October 3, 2012, when the Turkish side opened fire on the Syrian territory in response to an incident on the border, where as a result of falling artillery shells five people were killed. The world community condemned the incident and called upon to prevent the escalation of the conflict.