Viktor Hambardzumyan Observatory is recognized as a regional astronomical center 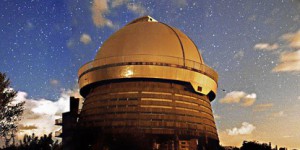 The International Astronomical Union has recognized the Byurakan Astrophysical Observatory named after Victor Hambardzumyan of the National Academy of Sciences (NAS) of Armenia as a regional astronomical center. The press service of the National Academy of Sciences reports that the observatory is also included in the interstate program of innovative cooperation between the CIS countries. Byurakan Observatory is actively cooperating with Russia. In 2014, a working group of the Russian Space Agency visited Armenia, members of the delegation during the visit were familiarized with the capabilities and potential of Armenia in the use of outer space for peaceful purposes. In 2013 the Armenian government declared Byurakan observatory as a national treasure of the republic. 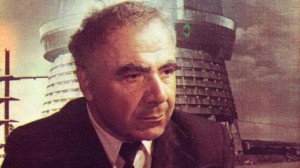 The Byurakan Astrophysical Observatory was founded in 1946 by a prominent scientist astrophysicist, academician Viktor Hambardzumyan. Thanks to the works of the scientist and his students Byurakan Observatory became one of the major astronomical centers of the Soviet Union and earned high reputation in the academic circles. Viktor Hambardzumyan is the founder of the school of theoretical astrophysics in the USSR. The outstanding scholar worked in the fields of physics of stars and nebulae, stellar astronomy and dynamics of stellar systems. In 1932, the Monthly Notices journal of the Royal Astronomical Society published Hambardzumyan’s article, which became the cornerstone of the modern theory of gaseous nebulae. The birthday of the scientist, September 18, is declared as the Day of Astronomy in Armenia. Since 2010, the Hambardzumyan international prize is awarded to scholars for their contribution to the international scientific astronomy.