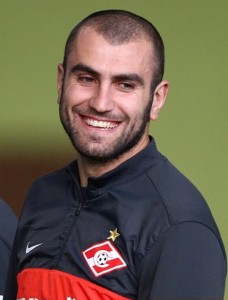 Patrick McCabe, «Spartak» player Yura Movsisyan’s agent, says that the striker will remain in the team of red and white.

«The new coach said that he is counting on Yura. But Movsisyan hopes that at a certain scenario, he could return to the American football league in the future, » informs McCabe.

Aras Ozbiliz, another Armenian player of the Moscow «Spartak», confirms that Yura Movsisyan will continue his career in «Sprtak», as the team and the coach need him. However, according to Ozbilis, Yura has not yet fully recovered from his injury and could not participate in the full training with the team. 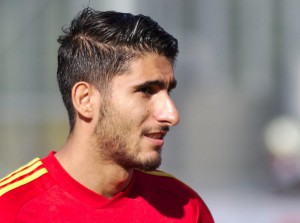 «I often talk to Yura. He still feels a little discomfort and in the near future he is supposed to fly to Rome for a medical examination. Very soon, I hope, he will join us. Yura is going through a difficult period right now – he’s missing a very important part of the pre-season trainings. I know, he is much concerned about this, » «Sport-Express» quotes Ozbiliz.

Earlier it has been reported that the representatives of the U.S. «Real Salt Lake» higher Football League is interested in Yura Movsisyan. The Armenian forward played for the league from 2007 to 2009.