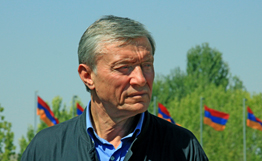 Armenia will receive the assistance of the Collective Security Treaty Organization (CSTO) in the case of a negative development of the situation on its territory, said the CSTO Secretary General Nikolay Bordyuzha. Talking about the possibilities of the Nagorno-Karabakh conflict settlement, Bordyuzha said that the OSCE Minsk Group should be engaged in the solution and other institutions should not interfere in this issue. «Our position is the following — in the framework of the Nagorno Karabakh issue there are established international mechanisms, including the OSCE Minsk Group. It is engaged in the detailed study of the settlement of this protracted conflict, the search for mutually acceptable solutions for both sides of the issue. I am deeply convinced that there shouldn’t be any other institutions involved in this today, so as not to make some turmoil,» he added.

Bordyuzha also declared that Russia sells weapons to Azerbaijan, taking into account the principle of parity with Armenia. 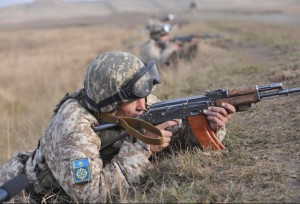 «I know that the sale of weapons by the Russian producers (to Azerbaijan) is carried by the decision of the Russian leadership, but in regards to the need to respect the parity. And when making each individual decision to sell weapons, primarily, that factor of parity (with Armenia) is taken into account,» he said, commenting on the fact that Armenia is concerned with the sale of Russian weapons to Azerbaijan.

«Besides the fact that Azerbaijan buys weapons, Armenia as well is supplied by them and it purchases weapons in fairly large quantities. And it allows to keep somehow the parity not affecting the economic interests of the state,» noted Bordyuzha. The CSTO was established on the basis of the Collective Security Treaty signed on May 15, 1992 by the member countries of the CIS. After the suspension of Uzbekistan’s membership the CSTO members are Armenia, Belarus, Kazakhstan, Kyrgyzstan, Russia and Tajikistan.