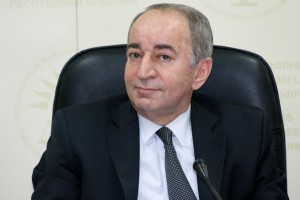 The Commission on Regulation of Public Services (CRPS) of Armenia during today’s meeting partly satisfied the request of the «Electric Networks of Armenia» (ENA) — (wholly owned by the Russian company Inter RAO / Editors note), which proposes to increase the tariff by 17 AMD. According to the decision of the regulatory body, the electricity tariff in Armenia will increase not by 17, but by 6.93 AMD.

The CRPS position was put to the vote and the decision was taken unanimously. «We have to execute the function entrusted to us by law, and not to do what would be irreversible and irreparable. We are not a political body to solve the political problem and protect the interests of anyone. Of course, it’s difficult for us to vote on the revision of the tariff, knowing that it will be a burden on each family budget. But this is our cross, and we must bear it. Someone has to do all these things,» said Robert Nazarian, CRPS Chairman.

Commenting on the partial rate increase Natalia Sarjanyan, Head of Public Relations and Media of the «Electric Networks of Armenia» company has told the “RUSARMINFO” correspondent that the company considers totally unacceptable the electricity tariff, proposed by the Commission on Regulation of Public Services. The Chairman of the Commission for Regulation of Public Services has also informed at today’s meeting that the letter on the official position of the regulating body was sent to the company yesterday.

“In the case of the increase in electricity tariffs by only 7 drams instead of the requested 17, “Electric Networks of Armenia» will not be able to repay the debt and not even compensate for all the costs of the company,” assured Natalia Sarjanyan, adding that in such a situation the company couldn’t guarantee the required quality and safety of the electricity supply, as well as the necessary investments to maintain and upgrade the network.