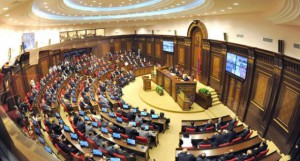 Yevgeny Bibin, head of JSC «Electric Networks of Armenia”, made it clear that he would not remain silent, and if the need arose, he would shed light on the origin of some «unnecessary» expenses of the company. This was reported by the ArmInfo sources in the ruling Republican Party of Armenia (RPA).

The Armenian parliament held a non-public meeting on the electricity tariffs. The three-hour discussion with the heads of responsible agencies proceeded rapidly and was accompanied by mutual recriminations and screams.

In particular, the representatives of the Republican Party and heads of the authorized agencies blamed Bibin and JSC in the undue costs and embezzlement. «Bibin was strongly committed and made it clear that some of the so-called «unjustified expenditure» was imposed on the JSC, and those who accused the company of embezzlement, not only perfectly had been aware of this, but in some ways had been involved in the situation. He made it clear he didn’t intend to take the full responsibility for the situation, and if necessary, he might shed light on the origin of some unnecessary expenses,» said the source of the agency.

The «Hraparak» newspaper writes that during the meeting Bibin first behaved himself very aggressively, he allegedly«wanted to spit on all from the high bell tower.» However, during the meeting it became clear that something wentwrong and someone in this big game would be “sacrificed”, and that someone could be he. This made Bibin more cautious. The article notes that the situation will be clarified during the further hearing: what instructions Bibin will bring to these hearings and what arguments against Armenia are provided to him from Russia,» summarizes the newspaper.

Meanwhile, sociologist Aharon Adibekyan said that if the electricity tariff rises by 17 drams, only 15% of the entire Armenian population will be solvent. 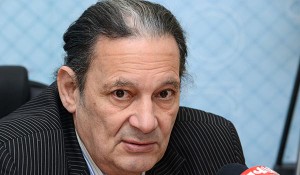 «The 15% of the population live in prosperity and luxury, enjoy jacuzzi, air conditioning … but we also have more than 20% of the poor, which can not reduce the consumption of electricity. The middle class also will suffer from losses, and especially the part of the middle class, which consumes electricity on a large scale,» assumed the sociologist.

Note: JSC «Electric Networks of Armenia», a subsidiary of the Russian JSC «INTER RAO», on May 8 of 2015 applied to the Commission on Regulation of Public Services of the Republic of Armenia to increase the electricity tariffs. The JSC has accumulated a debt of $250 million. The company is accused of embezzlement and poor management.