Karabakh issue to be discussed at the EaP summit in Riga

Armenia and Azerbaijan may discuss the Nagorno-Karabakh issue in the scopes of the Eastern Partnership Summit to be held from May 21 to 22 in Riga, according to the Russian information agencies, citing an EU representative. 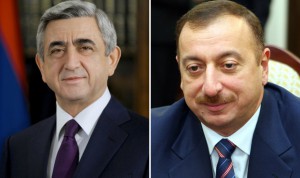 In an interview to the “RUSARMINFO” agency, the head of the political researches of the Caucasus Institute of Yerevan, political scientist Sergey Minasyan expressed his suspects about the possibility of organizing a meeting between the presidents of Armenia and Azerbaijan. “Even if the meeting takes place, it will be just on the level of ministers of foreign affairs but not between the presidents. This will be an ordinary event. As I recall, the foreign ministers of Armenia and Azerbaijan last met a few weeks ago,» said the expert. Sergey Minasyan doesn’t share any practical expectation in regards to the upcoming meeting. According to Modest Kolerov, the editor-in-chief of the news agency «Regnum», a meeting between the presidents may be real, but again it will have a ceremonial character. «The EU has nothing to say to the parties of the conflict. The EU only offers to Armenia an empty and meaningless event which includes the meeting between the heads of states,” stressed Kolerov. According to him, as a result of Armenia’s membership in the Eurasian Economic Union the «Eastern Partnership» has become a non-perspective issue for the country, except for the technical parameters. «The EU is trying to fill the agenda of the “Eastern Partnership» with a kind of content that is in the interest of Armenia,” concluded the expert. Note: Armenia and Azerbaijan are participants of the EU Eastern Partnership programme, together with Belarus, Georgia, Moldova and Ukraine.