Vladimir Yaglych: It is necessary to make the maximum efforts and to collect the whole sum. 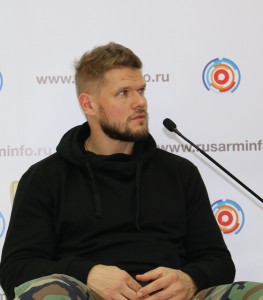 Film actor Vladimir Yaglych Can’t imagine how this could happen. There is no wish to trust in it up to the end. Some sum was collected on the first call, but it isn’t enough.  It is necessary to make the maximum efforts and to collect the whole sum. There is still an opportunity to rescue Vardan. Vardan Zilfugaryan work as a cameraman. He began his career on the Armenian television. In 2006 he moved to Moscow, and worked at «Mosfilm».  The numerous works of Vardan are – «The pilot of the international airlines», «Are you ordered a murder?», «Love», «Godfather», «Clever man», «Sasha + Dasha». Recently,  Vardan was diagnosed with  Acute myeloblastic leukemia. He already completed the first course of treatment.  Vardan will have a difficult operation  on a bone-marrow transplantation.  The desire to help Vardan can be carried out on the following requisites.