Aleksandr Gordon: I am absolutely convinced that it is necessary to ask for this person. 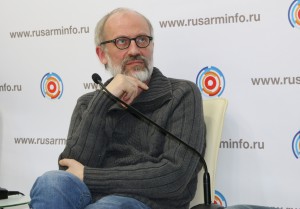 Anchorman Alexander Gordon. I have never asked for myself. If I ask somebody about something, I am absolutely convinced that it is necessary to ask for this person. I address to those people, for whom that sum which were announced is not such huge money. I personally ask you to help Vardan and his family.     Vardan Zilfugaryan work as a cameraman. He began his career on the Armenian television. In 2006 he moved to Moscow, and worked at «Mosfilm».  The numerous works of Vardan are – «The pilot of the international airlines», «Are you ordered a murder?», «Love», «Godfather», «Clever man», «Sasha + Dasha». Recently,  Vardan was diagnosed with  Acute myeloblastic leukemia. He already completed the first course of treatment.  Vardan will have a difficult operation  on a bone-marrow transplantation. The desire to help Vardan can be carried out on the following requisites. 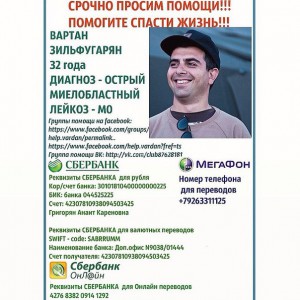