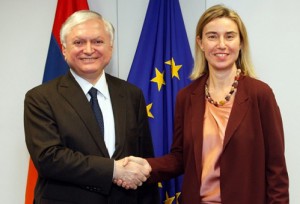 Minister of Foreign Affairs of Armenia Edward Nalbandian during the joint press conference with EU High Representative for Foreign Affairs and Security Policy Federica Mogherini noted that Yerevan attached importance to the possible provision of EU assistance to Armenia in connection with the influx of refugees from Syria. According to the Minister, the Armenian side informed the EU representatives that about 20 thousand people from Syria had found refuge in Armenia. Armenia has raised the issue of large numbers of Syrian refugees too late, — says Modest Kolerov, “REGNUM” News Agency editor-in-chief. “Armenia is simply late in terms of inclusion in the European Union programs to provide financial assistance in connection with the adoption of refugees. The state authorities should think about getting financial aid in advance and inform the EU about the Syrian refugees much earlier,” told RUSARMINFO Modest Kolerov. 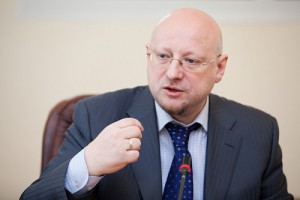 According to him, the lack of financial assistance from the EU is the Armenian authorities’ fault, as the European Union is not a point of free distribution, and it doesn’t automatically finance countries that have suddenly encountered financial difficulties. “The process of obtaining support from the EU has to pass the bureaucratic procedures. This is confirmed by a long bargaining between Turkey and Germany for € 5 billion to address the problems of Syrian refugees. Have you ever heard anything about the bargaining between Armenia and the European Union? Yerevan has only recently started to raise this issue,” said Modest Kolerov. At the meeting with Armenian Foreign Minister Edward Nalbandian, EU High Representative Federica Mogherini confirmed that the issue of providing financial assistance to Yerevan due to the large number of Syrian refugees was on the discussion panel for the first time.