Sergey Mikheyev: Turkey may stage a provocation against Armenia 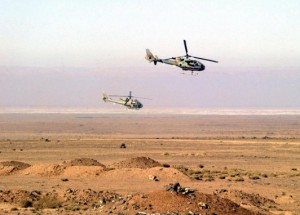 Prime Minister of Turkey Ahmet Davutoglu has announced that Turkey will do everything possible to liberate the occupied territories of Azerbaijan.

The statement of the second person in Turkey, according to the political analysts, indicates that Turkey has found a new front for the confrontation with Russia.

Turkey itself can not undermine the situation in the region, but it can make it by the hands of Azerbaijan, which in this case will occur in a difficult situation between Moscow and Ankara, says Sergey Mikheyev, director of the Institute of Caspian Cooperation.

«Now Turks will put enormous pressure on Baku. They will try to bring maximum trouble to Russia and its integration projects. Azerbaijan should find a balanced approach in this situation. Although, I think they will have somewhere to cede the Turks, and in some cases not to give offense to Moscow «, — mentions Sergey Mikheyev in his interview to RUSARMINFO.

The complication of the situation in the region is potentially threatening to the security of all of the three Transcaucasian republics, assures the political scientist.

«Turkey can even arrange a direct provocation against Armenia, but the escalation of the situation and the real war is not beneficial to any country in the region. In this situation, for Yerevan there’s only one advantage – as a result of the worsening Russian-Turkish relations, the Armenian-Russian military alliance will be strengthened,» notes Sergey Mikheyev.

Note: After the downing of the Russian Su-24 in the airspace of Syria, Russian President Vladimir Putin demanded an apology and compensation from Turkey, but the Turkish leadership stated that they saw no guilt for what had happened.