Главная / Без рубрики / Opinion: «Holding military exercises on the eve of Sargsyan-Aliyev meeting is a provocation by Baku and Ankara» 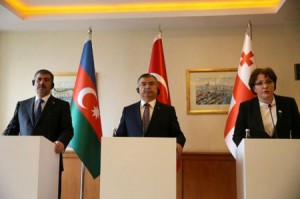 On the eve of the meeting of Presidents of Armenia and Azerbaijan in Vienna, Minister of Defence of Azerbaijan Zakir Hasanov announced about the military trainings conduct with the participation of the Armed Forces of Azerbaijan, Turkey and Georgia. The decision was made in the scopes of the trilateral meeting of defence ministers in the Azerbaijani town of Gabala, during which the parties also discussed the Karabakh conflict.

The statement on holding joint military trainings between Azerbaijan and Turkey before the meeting of Serzh Sargsyan and Ilham Aliyev is a provocation by Baku and Ankara, says Ivan Konovalov, military expert, head of the Center for Strategic Trends Studies.

“Turkey and Azerbaijan are allies, so holding such exercises is a routine thing for them, but it’s completely different issue when Baku declares about those exercises after the recent events in Nagorno-Karabakh. The political process after short clashes still continues, passions have calmed down recently, and to carry out similar exercises at this time is only possible with the sole purpose — to show that nothing has come to an end yet,” told RUSARMINFO Ivan Konovalov. 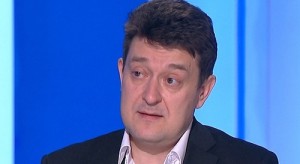 According to the military expert, before meetings of this kind, when the conversation between Serzh Sargsyan and Ilham Aliyev is expected to be very difficult, the parties lay out to the table their trump cards.

“Conducting military exercises together with Turkey and Georgia, Azerbaijan aims to show its force. Probably, Baku is trying to exert pressure on the Armenian side before the main talks on the Karabakh issue, which may become a turning point in the history of the conflict,” noted Ivan Konovalov.

The co-chairs of the OSCE Minsk Group called on the Armenian and Azerbaijani Presidents to hold a meeting in Vienna on May 16 in order to stabilize the situation in Nagorno-Karabakh. Later it has become known that the heads of the foreign ministries of Russia, France and USA may also participate in the meeting.