Главная / Без рубрики / Andranik Mihranyan: «The meeting of the Presidents of Armenia and Azerbaijan does not mean the resumption of negotiations» 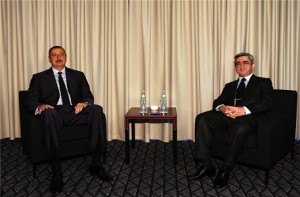 The OSCE Minsk Group co-chairs urged the Presidents of Armenia and Azerbaijan to start direct talks on the Karabakh conflict settlement. The OSCE statement noted that such a meeting could take place as early as next week in Vienna.

The meeting of the Presidents of Armenia and Azerbaijan in Vienna will be a signal that in the near future there won’t be a resumption of hostilities, says political scientist, professor at MGIMO Andranik Mihranyan.

“Those expectations in Baku and Yerevan that the war could start at any moment poison the atmosphere in the two republics, as well as in the neighboring countries. In this regard, the meeting itself is a positive development, given the unprecedented tense relations between the two countries,” told RUSARMINFO Andranik Mihranyan. 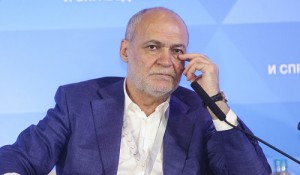 At the same time the very meeting of the two leaders should not be taken for the resumption of the negotiation process on the Karabakh conflict, believes the analyst.

“Serzh Sargsyan, by agreeing to this meeting, does not give up the three conditions pushed for the resumption of the negotiating process. Targeted addressing, creation of mechanisms for investigating incidents on the border, and guarantees of non-aggression of Azerbaijan are still relevant and are key to the resumption of the negotiation process,” concluded Mihranyan.

The worsening situation in the zone of Karabakh conflict occurred on the night of April 1 to 2. On April 5, the heads of the Armed Forces General Staffs of Armenia, Azerbaijan and Russia agreed on the cessation of hostilities. Last time, Serzh Sargsyan and Ilham Aliyev met on December 19 in Berne, Switzerland. This was the only meeting of the Presidents for 2015.