Главная / Без рубрики / Alexey Martynov: «It is time for the historic decision to recognize Nagorno-Karabakh» 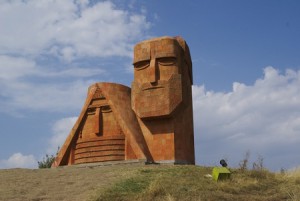 On May 5th, the Armenian government will consider the draft law “On recognition of the Artsakh Republic”, sponsored by MPs Zaruhi Postanjyan and Hrant Bagratyan. At the government session Armenian Foreign Minister Edward Nalbandian will introduce the draft law. The Armenian Government’s conclusion will be decisive for the country’s Parliament, which will make the final decision on the recognition of Nagorno- Karabakh’s independence, — says Alexey Martynov, Head of the International Institute of Newest States. 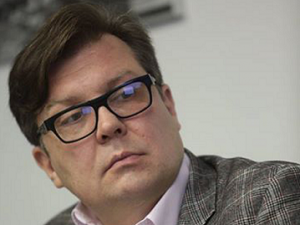 “It is time for a historic decision on the recognition of Nagorno-Karabakh. As a result of breaking the truce in early April by Azerbaijan, triggered by Turkey, the status quo has been changed fundamentally. In the new reality, the Nagorno-Karabakh Republic will be recognized by Armenia and other countries,” told RUSARMINFO Alexey Martynov. According the expert, the beliefs that after Karabakh’s recognition a war will erupt are erroneous, since in the beginning of April there was a war in Karabakh, and it’s continuing these days. “Nagorno-Karabakh’s recognition will contribute to establishing peace in the region. Exactly this step will prevent a possible war in Nagorno-Karabakh and will be a key to a successful resolution of the Karabakh conflict,” stressed Alexey Martynov. The aggravation of the situation in the zone of Karabakh conflict occurred on the night of April 1 to 2. On April 5, at the trilateral meeting of Chiefs of Staff of Armed Forces of Armenian, Azerbaijani and Russia a verbal agreement was reached on the cessation of hostilities.