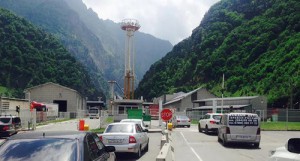 Armenian vehicles are currently passing through the “green lane” on the checkpoint of “Upper Lars” avoiding all kind of delays. This was announced by Minister of Transport and Communication of Armenia Gagik Beglaryan at the Parliament session on Wednesday.

Opening a separate strip on the “Upper Lars” checkpoint has a goal to increase Armenia’s trade turnover with the EEU countries, says Trade Representative of Armenia to Russia Karen Asoyan.

“This is the result of the Armenian government negotiations with the Russian side. The “green lane” will 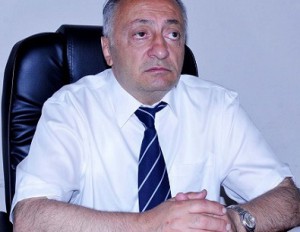 only be valid for the vehicles heading from the countries of the Eurasian Union. This decision will positively affect the increase in exports of Armenian products to Russia, which will soon become noticeable to consumers,” told RUSARMINFO Karen Asoyan.

The trade representative also mentions that vehicles heading from Armenia to Russia no longer will pass customs clearance, and this will result in increased throughput of the checkpoint.

Through the “Upper Lars” checkpoint on the Russian-Georgian border lays the only land route, connecting Armenia with Russia.