Russian military expert on dismissals in Defence Ministry of Armenia 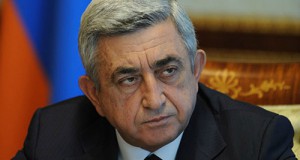 Armenian President Serzh Sargsyan dismissed a number of senior officials from the Ministry of Defence. Based on the presidential decree, Deputy defense minister, head of the Department of logistics A.Mirzabekyan, Head of the Intelligence Directorate of the General staff of armed forces, Major-General A. Karapetyan, and Chief of the Signal corps, head of the Office of communications and automatic control systems, Major- General K.Mouradyan were discharged, reports the press-service of the Armenian President. These dismissals were predictable, tied to the latest military actions in Nagorno-Karabakh, — says Vladimir Yevseyev, military expert and head of department for Eurasian integration and development of the SCO, the Institute of CIS countries. 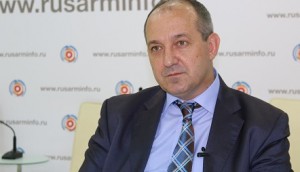 “During the four-day war on the contact line of the Defence army of Nagorno- Karabakh and Azerbaijan the logistical support was woefully inadequate: according to some sources, sometimes there was no enough ammunition. It turned out that the attack, prepared by the Azerbaijani armed forces, was not timely identified,” told RUSARMINFO Vladimir Yevseyev.

According to the expert, an important role in the decision on the dismissals belongs to the fact that until the armistice announcement, the Armenian side failed to completely release several heights that had been occupied by the Azerbaijani armed forces.

There won’t be new dismissals in the Defence Ministry of Armenia, says Yevseyev, adding that Armenia should correct its mistakes to avoid the resumption of the war during the summer.

The situation in the Karabakh conflict zone worsened on the night of April 1- 2. On April 5, the chiefs of General staffs of armed forces of Armenia, Azerbaijan and Russia agreed to a cessation of hostilities.