In the chain of countries, Azerbaijan-Armenia-Turkey, Armenia is the unique one to create a weapon that will put everything in its place. “We should have nuclear weapons. There is no alternative, we have to protect ourselves,” stated former Prime Minister of Armenia, MP Hrant Bagratyan reflecting to the resumption of hostilities in Nagorno Karabakh. 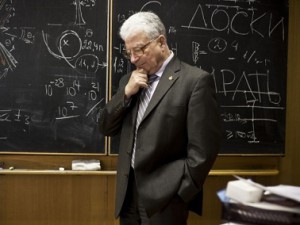 This call has been received with enthusiasm both in Armenia and abroad, mainly in the Armenian Diaspora, but the actual evaluation of the possibility of nuclear weapons has not been announced yet. Armenia has always had a progressive school of nuclear physics since the days of the Soviet Union, and today it continues to hold a leading position in the industry, but that’s not enough to create a nuclear weapon, — says world-famous Russian nuclear physicist Yuri Hovhannisyan. “First of all, huge funds are need, which Armenia lacks, but in today’s world the military power of the country is determined not by nuclear weapons, but by local ultra-precise weapons, based on the most modern scientific methods of laser and electronic technology,” told RUSARMINO Yuri Hovhannisyan. According to the physicist, the problem of nuclear weapons relates not to the lack of experts or potential of the country’s nuclear school, but it’s determined by the absence of necessary finances. 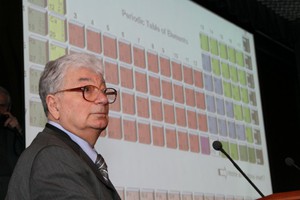 Yuri Hovhannisyan — Soviet and Russian scientist, specialist in the field of experimental nuclear physics, Academician of Russian Academy of Sciences, a foreign member of the National Academy of Sciences of Armenia. Hovhannisyan is the co-discoverer of heavy elements in the periodic table: the 104th element — Rutherford, the 105th element – Dubna, the 106th elements — Seaborgium, the 107th element – Boriy, recognized as scientific discoveries and included into the State register of the USSR discoveries. In February 2016, it became known that under the leadership of legendary scientist the periodic table was once again expanded, including 4 new elements.