Is Vladimir Putin planning to visit Armenia on April 24? 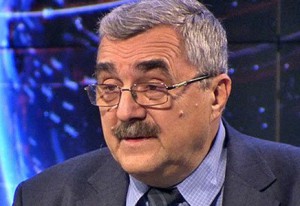 Russian President Vladimir Putin visited Yerevan last year on April 24, in the scopes of the commemoration events dedicated to the Armenian Genocide Centennial. This caused the extreme dissatisfaction with Turkey. RUSARMINFO has asked the Russian experts on the most possible candidacies that will represent Russia at the commemoration events in Armenia this year.

Russian President Vladimir Putin’s visit probability to Yerevan on the Day of Remembrance of the Armenian Genocide victims is not that high, — says Vladimir Zharikhin, deputy director of the CIS Institute and member of the National Strategy Council.

“This is not an anniversary, and the president of Russia will hardly follow an annual practice of visiting Armenia on April 24, but the confrontation between Turkey and Russia has no role in the issue of the Russian president’s visit to Armenia. Russia never takes into account possible reactions of Turkey on this or that step of Putin,” told RUSARMINFO Vladimir Zharikhin. 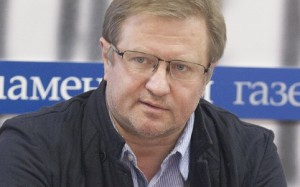 Last year’s visit was linked to the Centennial of the tragic events, and it is unlikely that such a visit is possible for two consecutive years, — says Vladimir Lepekhin, director of the Institute of EurAsEC.

“Vladimir Putin has very tight schedule, especially considering the intensive negotiations with the U.S. to address the crisis in Syria, Ukraine and other countries. The President will express his support to the Armenian people through an address, and either State Duma Speaker Sergey Naryshkin or Federation Council Chairwoman Valentina Matviyenko will visit Armenia on April 24,” told RUSARMINFO Vladimir Lepekhin.

The last year’s ceremonies in Yerevan were attended by more than 60 delegations from different countries, including the presidents of Russia, France, Cyprus and Serbia. Other countries were represented at the level of prime ministers, parliament speakers and other dignitaries.