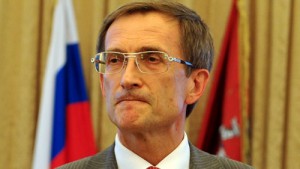 The Russian Government and the Supreme Court gave negative conclusions on the bill, criminalizing the denial of the Armenian Genocide.

The government and the Supreme Court have submitted negative conclusions on the bill on the Armenian Genocide, told RUSARMINFO the assistant of Nikolay Levichev, Deputy Speaker of the Russian State Duma, who’s also one of the sponsors of the bill.

“The Duma Council sent the bill back to the authors, since the terms of consideration of the bill by the Government and the Supreme Court hadn’t been followed. The government’s feedback was received on February 9, but the state Duma returned the bill on February 8 due to the lack of conclusions,” said the assistant.

According to the press service, the Government had to consider the bill within the thirty day period, but 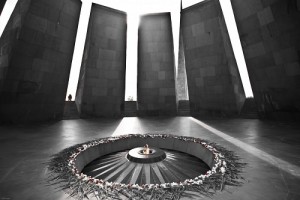 the Government requested to extend the review period until the end of January, but it was delayed until February 9. It’s not yet known what will happen to the bill.

“The Government’s negative conclusion is explained by the fact that allegedly there are already norms in the criminal code, envisaging punishment for insulting the feelings of believers and crimes on national grounds,” said RUSARMINFO’s source.

On November 25 of 2015, the leaders of the party “A Just Russia”, Sergey Mironov and Nikolay Levichev, introduced a bill on the criminalization of denial of the Armenian Genocide in the Ottoman Empire in 1915. After the introduction the bill was sent to the Government and the Supreme Court of Russia to obtain their formal opinions.