What Vladimir Putin and Serzh Sargsyan will talk about in Moscow 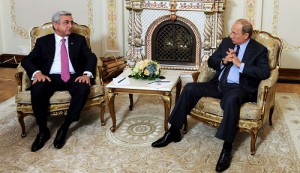 Vladimir Putin and Serzh Sargsyan will meet on Tuesday afternoon: the Armenian President is arriving in Moscow on a working visit. According to Alexey Martynov, head of the International Institute of the Newest States, in the first place the two presidents will discuss various issues on the regional security. “The aggravation of the Russian-Turkish relations does not add stability to the region, but nevertheless, the security of the entire South Caucasus region is ensured by Russia, and I think it will be a key topic of the talks between the two presidents,” told RUSARMINFO Alexei Martynov. 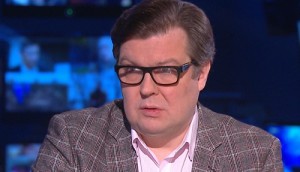 In the context of regional security, the heads of states will also discuss the issue of Armenian-Azerbaijani relations, in particular, the intensity of Baku’s provocations on the contact line between Armenia and Azerbaijan, assured the expert. “The second equally important issue is the development of integration projects in the post-Soviet space. First of all, we are talking about the EEU in which Armenia presides from the beginning of this year. It is obvious that the economic, cultural and humanitarian cooperation will also be on the presidential agenda,” concluded Alexey Martynov. Serzh Sargsyan and Vladimir Putin are to meet for the first time in 2016. Within the framework of his Moscow trip, Serzh Sargsyan will also visit the State Historical Museum. On March 11, the museum hosts an exhibition called “Armenia: Legend of being”. Besides, the Armenian President plans to participate in the opening ceremony of the International Chess Tournament in Moscow, starting on March 10.