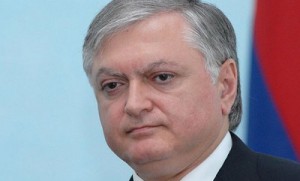 Armenian Foreign Minister Edward Nalbandian on the eve of the meeting of Presidents of Armenia and Russia, as well as the Armenia-NATO Council session in Brussels, among other responses to the questions of the Russian “Kommersant” newspaper, also expressed dissatisfaction with the sale of Russian weapons to Azerbaijan. “We can not be in awe of the fact that Azerbaijan buys weapons and almost every day threatens to unleash a new war. And we may not like that those weapons are purchased from our ally, which has made great efforts to collaborate with Armenia, including in the framework of the CSTO,” declared Edward Nalbandian. According to Andranik Mihranyan, political scientist and professor at MGIMO, Armenia has expressed the desire to maintain a certain balance in the region and, if Russia sells to Azerbaijan weapons in large quantities, then Armenia as an ally of Russia and member of the CSTO is interested in the non-disturbance of that balance in favor of Baku. 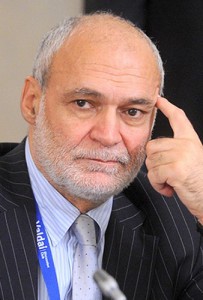 “That’s why Edward Nalbandian made such a statement, expecting that Russia will somehow balance and at the same time compensate for the supply of arms to Baku. The main issue is the lack of feeling of the Armenian side that the country’s security is threatened,” told RUSARINFO Andranik Mihranyan. The political scientist believes that in the context of preserving a balance in the region it’s extremely important for Armenia to have a small group of enemies. “NATO flirts with Azerbaijan, and Turkey is a member of the Alliance. In such circumstances, if the Armenian diplomacy is able to neutralize or make NATO be non hostile towards Armenia, then Yerevan will be able to neutralize the negative impact of Turkey in this alliance on issues relating to Armenia,” noted Andranik Mihranyan, commenting on the Armenia-NATO relations. According to the analyst, given the support and understanding of NATO on a number of issues, it would be unwise not to take advantage of this and to minimize the possible negative actions of those NATO countries that are hostile or not very friendly disposed towards Armenia. From 2010 to 2014, Baku and Moscow have signed several contracts on the purchase of offensive weapons for a total of $ 4 billion. The parties agreed on the acquisition of two divisions of anti-aircraft missile systems S-300PMU-2, several batteries of antiaircraft missile complexes “Tor -2ME”, about 100 combat and transport helicopters, 100 T-90S tanks and 100 armored units of BMP-3, 18 self-propelled artillery “MSTA-C”, and 18 heavy flamethrower systems “TOS-1”.