Georgian Energy Minister Kakha Kaladze has declared that Georgia does not agree with Russia’s “Gazprom” position to pay a monetary compensation for the gas transit to Armenia, and wants to receive the 10% of gas transit in future as well. 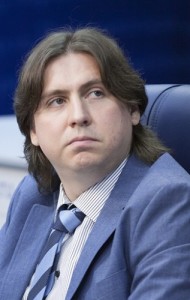 Under current conditions, what we call a main benefit for Georgia, as a consequence, can turn into the loss of “Gazprom”, since gas is a market commodity and its prices may vary, — says Alexey Grivach, Deputy Director General on gas issues at the Russian National Energy Security Fund.

“Transit is a concrete service with its clear costs. There is a certain amount of fuel used for transportation, but the most part comprise no fuel costs: system amortization, repairing costs, staff salaries. An energy resource is a market commodity, rising and falling in its cost. Accordingly, nowadays 10% is a different transit rate, and, say, 10% on the price of oil at $ 100, or on the price of gas at $ 300-400 is another rate,” told RUSARMINFO Alexey Grivach.

Earlier it has become known that Azerbaijan will also supply Georgia with 500 million cubic meters of gas per year. According to Alexey Grivach, Azerbaijan may not ensure the Georgian market with such volumes of gas: Baku has recently applied to “Gazprom” to start Russian gas supplies to the Azerbaijani market.