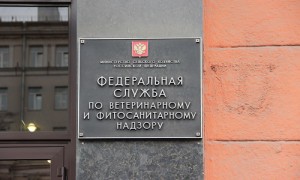 Rosselkhoznadzor employees have found in the Moscow region more than 170 tons of apples and tomatoes from Azerbaijan, Spain and Serbia with a high level of concentration of pesticides harmful to health, reports the press service of the Center for grain quality assessment.

Rosselkhoznadzor specialists from Moscow, the Moscow and Tula regions conducted scheduled inspections at the temporary storages in Mozhaisk and Kolomna, selecting test samples from the imported into Russia

The tests of selected samples of tomatoes (the countries of origin — Azerbaijan, Spain), with a total weight of 19.3 tons, indicate an excess of the maximum allowable level of chemicals in 1,7 times,” reported the Center for grain quality assessment.

The compiled test reports are directed to the Rosselkhoznadzor for further proceedings.