Главная / Без рубрики / Modest Kolerov: «Iran is not going to cooperate with Azerbaijan against Armenia»

Modest Kolerov: «Iran is not going to cooperate with Azerbaijan against Armenia» 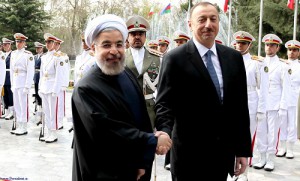 Meeting with his Azerbaijani counterpart Ilham Aliyev Iranian President Hassan Rouhani has recently stated that the railways of Iran and Azerbaijan will be connected to the end of 2016. “With regard to the “North-South” transit and corridor, the connection of railways of Astara (Iran) — Astara (Azerbaijan) will be an important event in the end of this year,” declared Rouhani. This railway is necessary for Iran to overcome the isolation, but the economic cooperation can not solve the political problems of Baku and Tehran, — says Modest Kolerov, editor-in-chief at “REGNUM” News Agency. 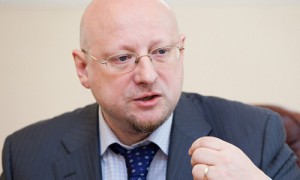 “In the recent past, Baku tried to destabilize the situation in Iran, developing the theme of the unity of Azerbaijan and South Azerbaijan (Iran). Iran has not forgotten anything, in fact, Iran remembers that the very territory of present Azerbaijan once belonged to the Persian Empire, so Iran will always consider Azerbaijan as Turkey is considering Syria’s territory — as a former part of its empire,” told RUSARMINFO said Modest Kolerov. According to the expert, Ilham Aliyev has done much to persuade the current government in Iran that Azerbaijan is an ally of the U.S., in the first place against Iran. Meanwhile, Armenia has demonstrated a moderate policy towards Iran, collaborating with the country in the time of anti-Iranian sanctions. 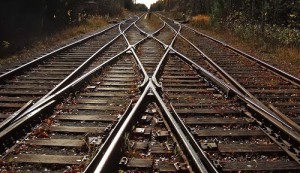 “Iran has a lot of problems on the borders. So, maintaining a sober and cold attitude towards the current authorities in Baku, Tehran will not build relations with Azerbaijan against Armenia,” mentioned Modest Kolerov. Armenia will continue to develop a special relationship with Iran in any case, because the Iranian route is exactly the half of territorial solution in terms of the semi-blockade situation. According to the preliminary estimates, the capacity of Iran-Azerbaijan railway amounts to 1.4 million passengers and 5-7 million tons of cargo per year. Throughout the railway 22 tunnels and 15 bridges will be built.