Russian loan: instead of 8 billion rubles Armenia will receive 15 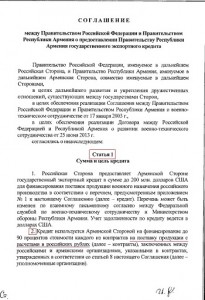 The official portal of legal information of Russia has posted the text of the Treaty between Russia and Armenia on granting state export credit in the amount of $200 million for the purchase of arms. According to the 2nd paragraph of the 1st article of the Treaty, Armenia is obliged to pay for the purchased weapons in Russian rubles. Thus, given the depreciation of the ruble against the dollar and Armenian dram, the country gets a chance to acquire a lot more Russian weapons than were planned at the time of negotiating the loan. Different mathematical calculations indicate the benefit of Armenia from the loan, — says Aza Mihranyan, senior researcher at the Institute of Europe, the Russian Academy of Sciences. “As the ruble drops against both the AMD and U.S. dollar, the increase in the volume of procurement in value equivalent becomes inevitable. If we consider that the ruble fluctuations do not affect the value of Russian arms, and their price remains fixed, then here as well Armenia benefits,” told RUSARMINFO Aza Mihranyan. 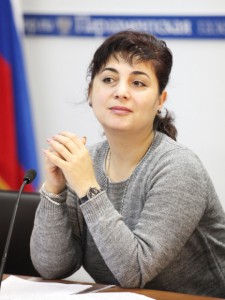 According to the expert, Russia also benefits from this, because the transition to ruble payments provides a stable income for the Russian defense enterprises in the conditions of economic crisis. “The price policy of the Russian defense industry is not open to public, but one can assume that in ruble payments the prices on arms remain more stable than in dollar terms. Just for the sake of this stability, which is very important during the economic crisis, the Treaty stipulates the paragraph on calculations in Russian rubles,” stressed Aza Mihranyan. If a year ago, when the exchange rate was approximately 40 rubles per one dollar, $200 million amounted to 8 billion rubles, nowadays, when the ruble is 75 rubles per dollar, $200 million amounts to 15 billion rubles. Note: Armenia is purchasing from Russia such offensive weapons, as MLRS “Smerch”, anti-aircraft missile complexes «Igla-S», flamethrower system TOS-1A “Buratino”, the RPG-26, Dragunov sniper rifle, and armored cars “Tiger”.