Opinion: «Foreign Ministers of Georgia, Azerbaijan and Turkey to discuss options to isolate Armenia from Russia»

On February 19, the Foreign Affairs Ministries of Georgia, Azerbaijan, and Turkey will hold a meeting in Tbilisi. The official agenda includes different issues related to the current regional and world developments and prospects of cooperation of the three countries in the spheres of politics, economy, and culture. 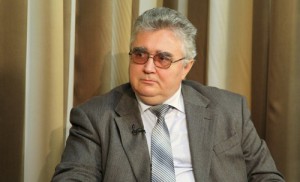 At this meeting the most active participant will be Turkey, which is trying to receive support for his policy against Russia, — says Mikhayil Alexandrov, leading expert of the Center of Military-political studies at MGIMO. “Georgia will definitely support Turkey. Azerbaijan is trying to sit on two chairs,” told RUSARMINFO Mikhayil Alexandrov. According to the expert, Turkey also wants to ensure gas and oil supply from Azerbaijan through Georgia, since it is possible that Russia may cut off gas supplies to Turkey, and it will remain without the necessary quantity of gas. Besides seeking allies against Russia in the post-Soviet space, in the agenda of the Turkish Minister are included military issues. 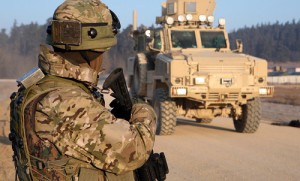 “In case of a war with Turkey, Russia will move out in the direction of Armenia through Georgia: that is why Turkey will negotiate with Georgia about the possible entry of its troops into Adjara. In this context, Baku will also require from Ankara to activate anti-Armenian activities and military strikes against Armenia, since in case of a war with Turkey, Armenia will have to participate in it,” says Mikhayil Alexandrov. Azerbaijan’s mission is to make the Armenian military forces concentrate in the Azerbaijani direction. But, according to the expert, Azerbaijan will avoid it, because, otherwise, the Russian army will enter into Azerbaijan. The idea to establish a tripartite format of meetings at the level of the top leadership of Turkey, Azerbaijan and Georgia belongs to former foreign Minister and current Prime-minister of Turkey Ahmet Davutoglu. Today’s meeting is the fifth one since 2012.