Opinion: “Erdogan wishes to involve Baku and Kiev into the anti-Russian coalition” 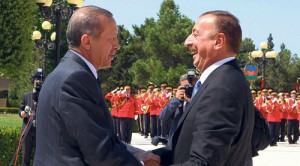 On February 18, Turkish President Recep Tayyip Erdogan will pay an official visit to Azerbaijan. The stated purpose of the visit is the participation in the regular session of the Council on strategic cooperation between the two countries. The visit will be continued by a series of meetings between the leaders of the two countries. In December, Turkish Prime Minister Ahmet Davutoglu visited Baku, where he made several sharp statements on the Karabakh conflict and Turkish-Russian relations.

Turkey is positioning itself as a leading country of the “Big Caucasus”, and this is clearly demonstrated in the impulsive actions of Erdogan, aimed at forming a coalition around Turkey with the participation of Ukraine and Azerbaijan, — says Arthur Atayev, head of the sector of the Caucasian Studies of RISS. 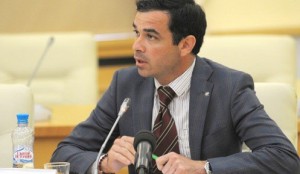 “In the Turkish understanding of “Big Caucasus” Azerbaijan plays an important role, and therefore Ankara strongly supports the most important directions of Baku’s foreign policy, including the Karabakh conflict. Erdogan, arriving in Baku, expects to receive support for his policy,” told RUSARMINFO Arthur Atayev.

According to the expert, the agenda of Erdogan will include discussions on a number of issues related to the settlement or, vice versa, strengthening of the confrontation between Turkey and Russia. In addition, an important topic of the talks will be economic cooperation between Ankara and Baku under the Russian sanctions. Turkish businessmen are very much affected by the Russian sanctions. Erdogan will persuade Aliyev to become a trading partner and lobbyist for the Turkish interests in Russia. Probably, Baku and Ankara will implement the so-called Lithuanian-Belarusian scenario, when the Lithuanian products are supplied to Russia under the label of Belarus: in this case the Turkish goods can be exported to Russia under the label of Azerbaijan. 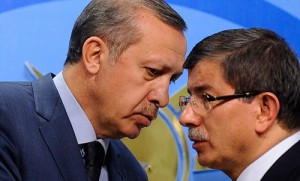 “Judging by the latest statements of Erdogan and Davutoglu, the Turkish anti-Russian policy emphasis will dominate during Erdogan’s visit to Baku. Erdogan is now forming a coalition against Syria officially, but in fact it is an anti-Russian coalition. The participation of Ukraine and Azerbaijan in that coalition is very important for Turkey in the context of the current developments in the post-soviet space,” assumed Arthur Atayev.