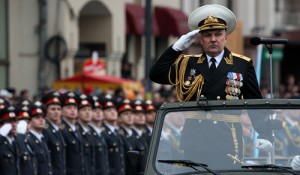 Modern Armenia’s territory is not washed by seas. The largest body of water, located on the territory of the country, is Lake Sevan, which in spite of the unique composition of the water cannot serve for the establishment of a fleet. Notwithstanding this, in the country, deprived of access to the sea, throughout the history have been born outstanding sailors. The most famous of them is the Admiral of the Fleet of the Soviet Union, Chief of Naval Staff of the Naval Forces of the USSR, Ivan (Hovhannes) Isakov (Isahakyan) (1894-1967). In our days Isakov’s true successor is his compatriot Admiral Sergey Avakyants. 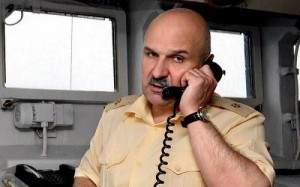 Sergey Avakyants was born on April 6, 1957 in Yerevan (Armenian SSR) in the family of an officer of the USSR Navy. He graduated from the Black Sea Higher Naval School named after Nakhimov (1980) and completed Higher Special Officer Classes of the Navy (1991). Admiral Avakyants is also among the alumni of the Naval Academy named after Admiral of the Fleet of the Soviet Union Kuznetsov (1998) and Military Academy of the General Staff of the Armed Forces of the Russian Federation (2007). Sergey Avakyants started his military career as the control group commander of the rocket and artillery warhead BOD “Admiral Yumashev” at the Northern Fleet in August of 1980. 32 years later, on May 3, 2012 Sergey Avakyants was appointed commander of the Pacific Fleet of the Russian Federation. On December 13, 2012 by the Decree of the President of the Russian Federation Avakyants received the military rank of Vice Admiral, and a year later – the rank of Admiral. 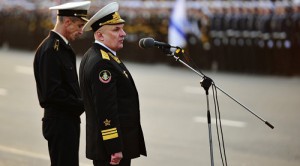 Sergey Avakyants is honored by the Order “For Service to Motherland in the Armed Forces of the USSR” of III degree, the Orders “For Military Merit” and “For the sea merits”. He has also received the medal “For Service to the Motherland” of II degree, as well as the Jubilee Medal of the Russian Orthodox church “In memory of the Millennium of the Repose of the Holy Prince Vladimir Equal-to-the-Apostles”. The very first sailor of Armenian origin is considered to be Admiral Roman I Lakapin (870 – 948), the Emperor of Byzantium. For his love and devotion toward the sea world-famous artist Ivan Ayvazovski (Hovhannes Ayvazyan) received the rank of Rear Admiral. It’s noteworthy that the founder of the city and port of Novorossiysk was Admiral Lazar Markovich Serebryakov (Kazar Markosovich Artsatagortsyan).