Главная / Без рубрики / Russian historian: «Abolition of the Treaty of friendship with Turkey is not in Russia’s interests»

Russian historian: «Abolition of the Treaty of friendship with Turkey is not in Russia’s interests» 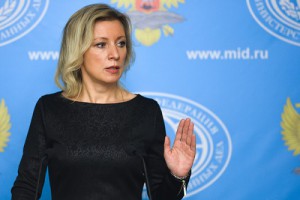 Russian Foreign Ministry official representative Maria Zakharova yesterday announced that the proposal of the State Duma deputies over the abolition of the Moscow Treaty with Turkey was in the discussion process and in due time the Foreign Ministry would present its position on the proposal. The denunciation of the Moscow Treaty is not in Russia’s interest because, first of all, it is part of the European security system, — says Victor Nadein-Rayevski, senior researcher of the Institute of Political and Social Studies of the Black Sea-Caspian region, leading researcher at the Institute of World Economy and International Relations, the Russian Academy of Sciences. “Abolishing the Treaty, Russia will practically get nothing. There’s no single paragraph in the Treaty to change anything in regards to Russia. This will just punish Turkey in moral terms. But no more than that,” told RUSARMINFO Victor Nadein- Rayevski. 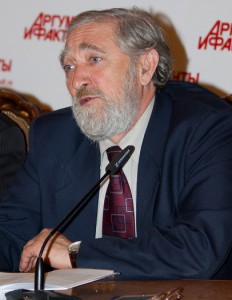 According to the historian, if we assume that the Treaty can be still canceled, even in that case the question of the borders with Turkey will not become a subject of discussions, since Russia has no borders with Turkey. Armenia’s and Georgia’s borders with Turkey depend on the Kars Treaty. But a more important role in this regard is played by the fact that Russia is the legal successor of the USSR in the European security system and its borders’ guarantee. “If we break those agreements and suspend the border control, then we will become violators of the European security. In this case, Turkey will use its immediate right to demand and receive NATO’s support against Russia. This is a serious trump card for all sorts of Turkish provocations in Syria and on the Armenian-Turkish border,” noted the expert. Note: State Duma deputies, secretary of the Communist Party Sergey Obukhov, Deputy Chairman of the Central Committee of the Communist Party Valery Rashkin have appealed to President Vladimir Putin and Foreign Minister Sergey Lavrov with a proposal to denounce the Moscow Treaty of friendship and brotherhood, concluded by the Government of the Russian Soviet Federative Socialist Republic (RSFSR) and the Turkish authorities on March 16, 1921.