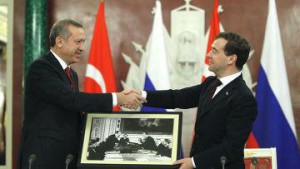 The State Duma deputies have appealed to President Vladimir Putin with a proposal to cancel the Moscow Treaty, concluded by the Government of the RSFSR and the authorities of Turkey on March 16, 1921. The denunciation of the Treaty of Moscow is a demonstrative step and act. But here we are not talking about the territorial integrity of states, — says Armen Gasparyan, a member of the Central Council of the Military Historical Society of Russia. “It’s useless to expect a redistribution of territories since it will be very complicated story. Turks will hardly return these lands voluntarily. And who is willing to start the World War III for this?” told RUSARMINFO Armen Gasparyan. According to the Russian historian, if we assume that once belonged to Armenians territories become again part of Armenia, then there will arise many problems, first, for Armenia. 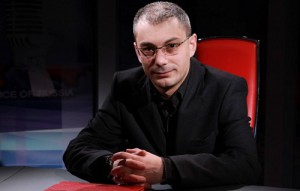 “You have to understand that those territories are inhabited by entirely different nationalities and peoples than it was in 1919, 1920 and 1921, respectively. Today there are about 800 thousand Kurds,” noted Armen Gasparyan. Even if we assume that these lands are returned to Armenia «in their purest form», then the country will face difficulties with the population of these territories. “The actual population of Armenia today is about 2 million people. So, half of the people living in the country will have to move to the new lands. As for the Armenian Diaspora, I have no belief that at least one-tenth of its representatives is ready to move to their historical homeland,” said the Russian historian. According to Armen Gasparyan, another problem for Armenia is the economy of those “new” territories. “The new territories have to be integrated into the economy, which in the present state of affairs in Armenia is not entirely possible, and I have not ever met statements of Armenian politicians that they are going to denounce the Treaty of Moscow,” concluded Armen Gasparyan. In accordance with the Moscow Treaty, Turkey withdrew from Armenia a territory with a total area about 30 thousand square kilometers.