From January 25 to 31 in the capital of Slovakia, Bratislava took place the European Figure Skating Championships. At the European championship Armenia was represented by Anastasia Galustyan and Slavik Hayrapetyan. In figure skating Anastasia Galustyan scored 143.05 points and took 15th place, and Slavik Hayrapetyan won 31st place with 46.71 points. The results of Anastasia Galustyan in Bratislava were intentionally understated, said the coach and the figure skater’s father Georgy Galustyan. The unjust assessment of Anastasia’s performance was noted as well by famous Russian figure skating coach, honored coach of the USSR Tatiana Tarasova. 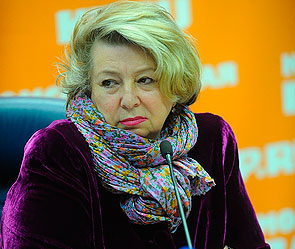 “It’s a pity, after such a beautiful performance the judges could take their decisions in favor of Anastasia, but for some reason they decided to do the opposite,” said Tatiana Tarasova, commenting on the performance of the Armenian figure skater. Most of the experts indicated the bias attitude of Japanese judge Shin Amano in regards to Anastasia Galustyan. “In simple terms, the Japanese judge intentionally tried to find faults in the performance of Anastasia and ultimately set very low ratings,” told RUSARMINFO Georgy Galustyan. It is noteworthy that the Japanese specialist’s assistant is Sargis Tevanyan of Armenian descent, who did not even try to prevent Amano’s actions. “Sargis Tevanyan has been living in Poland for many years, and in the end he did not do anything to somehow rectify the situation. As a result, instead of being in the top five, Anastasia took only the 15th position,” told RUSARMINFO President of the Figure Skating Federation of Armenia Melania Stepanyan. As the reasons of unfairness to the Armenian figure skater and understating the actual results the specialists indicate the absence of representatives of Armenia in the ground jury of international competitions. 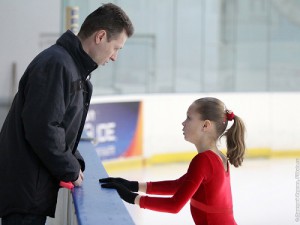 In the Figure Skating Federation of Armenia we’ve been informed that every effort is made to save a place for a single Armenian judge of international class at the next tournament: this will facilitate the possibility to challenge decisions of technical experts. According to Anastasia Galustyan’s coach, the whole issue comes to the amount of money allocated for figure skating. The problem of bias can be solved by increasing the funding of the Armenian Federation of figure skating: the larger is financial share of the country in the International Skating Union, the bigger is the influence of the country. “For example, the salary of a member of the national team of Russia in figure skating for per season is the annual budget of the Federation of Armenia, and often skaters pay the expenses out of their pocket,” said Georgy Galustyan. However, President of the Figure Skating Federation of Armenia Melania Stepanyan said that all of the best figure skaters, representing Armenia, received salaries, and the Federation used to pay travel costs of the Armenian sportsmen. 16-year-old Anastasia Galustyan represents Armenia but lives and trains in Moscow, and notwithstanding the outcome of competitions in Bratislava she will participate in the Winter Youth Olympic Games, to be held from February 12 to 21 in Lillehammer (USA).