Sergey Mikheyev: «The U.S. purpose is to bribe the Armenian political elite» 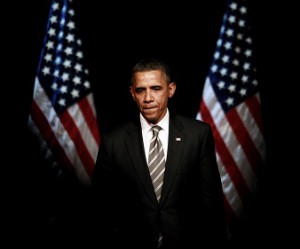 Ambassador Extraordinary and Plenipotentiary of the Republic of Armenia Grigor Hovhannisyan presented his credentials to President Barack Obama. As reported the press service of the Armenian Foreign Ministry, the U.S. President congratulated the Ambassador on his appointment and expressed confidence that Ambassador Hovhannisyan’s experience would be useful for the further deepening and expansion of existing friendly relations between the two countries. The U.S. President also noted that in 2015 the U.S. investments in Armenia’s economy were only the beginning for full and investment relations, which were of particular importance both for Armenia and the region, and outside it. The financial presence of the U.S. in Armenia on the background of the economic crisis in Russia is a prudent step, since the U.S. implements such a policy in regards to all countries, allocating funding and demanding loyalty in response, — has said Sergey Mikheyev, head of the Institute of Caspian Cooperation. “The obtained money from the U.S. should always work. And absolutely there’s no difference to whom the money is allocated: the authorities or opposition. As a result of this policy, the U.S. gains levers of pressure on the authorities and opposition,” told RUSARMINFO Sergey Mikheyev. 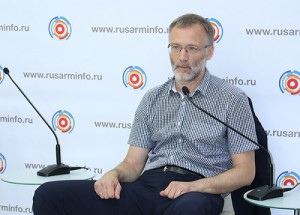 According to the analyst, the U.S. and EU are using the Russian financial crisis to increase their financial presence in Armenia, though there have never been serious investments in Armenia by foreign companies for the last 25 years. The money for the maintenance of the state apparatus or grant programs can not be considered as a support for the economy. “The Americans purposefully fund political, professional, and media elites in all countries to have an impact on foreign and internal policy processes based on their own interests. The U.S. is not interested in Armenia’s economy, their goal is to bribe the political elite. They “draw” wagons of money and could “draw” another wagon of one million dollars at least for the Armenian economy,” said Sergey Mikheyev. 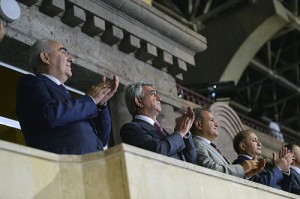 According to the analyst, the internal political and economic problems of the country can’t be solved with the help of external forces. But receiving support and executing commands are different categories. “If there is an urgent need for this or that financial assistance, the state should receive it, but, first and foremost, the acceptable terms of the deal should be negotiated. Taking money on any terms means a quick death of authorities,” concluded the analyst. In 2015, the remittances from the United States to Armenia increased. This occurred against the backdrop of a sharp reduction in the volume of transfers from Russia. Thus, according to the Central Bank of Armenia, the remittances received in 2015 from Russia to Armenia amounted to $ 916 million, a decrease compared to the year 2014 by 36.1%, while the volume of transfers received from the United States amounted to $119.4 million ( an increase of 15.2%). But despite the increase in remittances from the United States, Russia accounts for about 76% of all private transfers to Armenia.