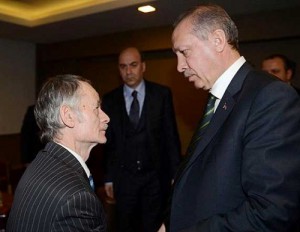 Self-proclaimed “leader” of the Crimean Tatars, Ukrainian MP, Representative of the President of Ukraine for the Crimean Tatar people Mustafa Abdulcemil (Cemil) has called to announce sanctions against Armenia because of the Karabakh conflict. “I believe that the sanctions against the country-occupier (Armenia, — ed.) should be effective and focused on the soon liberation of the occupied territories,” declared Mustafa Cemil during the visit to France as part of the Ukrainian delegation at the Parliamentary Assembly of the Council of Europe (PACE). The leader of the Crimean Tatars is trying to please his patrons, primarily, his sponsors in Turkey and Azerbaijan, — says Konstantin Zatulin, head of the Institute of CIS Countries. “Cemil demonstrates Muslim solidarity, reminding us that the Majlis of the Crimean Tatars is an ally of Ankara and Baku. This is aimed at expanding the range of their sponsors and benefactors in those two countries,” told RUSARMINFO Konstantin Zatulin. 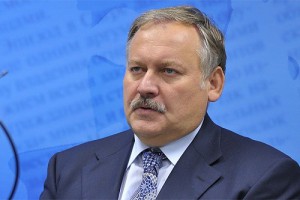 According to the expert, Azerbaijan has not been particularly noticeable in contacts with the Crimean Tatar Mejlis, but Cemil throws to the bait in the hope that Baku will pay attention to him. “Cemil takes the position of Turkey in regards to the Karabakh conflict, and this statement demonstrates that he is loyal to them. Turkey, in turn, openly opposes the reunion of Crimea with Russia and provokes Azerbaijan in the escalation of the Karabakh conflict. The fact that Mustafa Cemil is a people’s MP of Ukraine indicates that to some extent he also voices Ukraine’s position over the Karabakh conflict. Despite the fact that Ukraine used to declare equal relations with both Armenia and Azerbaijan, after the reunion of Crimea with Russia Kiev has reconsidered its position in favor of Baku,” concluded Konstantin Zatulin. Armenians have been living in the territory of the Crimean peninsula since ancient times, and in the middle of the XI century were the second largest ethnic group after the Crimean Tatars. In 1475, when the Peninsula passed to Ottoman Turks the number of Armenians decreased. They returned to Crimea in 1783, when the peninsula once again became part of Russia. In 1913 in Crimea lived about 9000 Armenians, and in 1914 — already 15 thousand. According to the census of 2014, there are about 11 thousand ethnic Armenians in Crimea.