Главная / Без рубрики / Alexey Martynov: «In Azerbaijan, there is nothing but oil»

Alexey Martynov: «In Azerbaijan, there is nothing but oil» 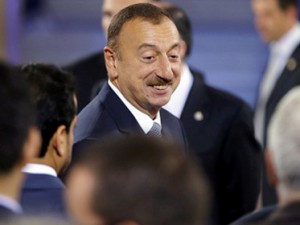 The Azerbaijani leadership has requested the World Bank and the International Monetary Fund (IMF) to allocate $ 4 billion in aid for the implementation of economic reforms. During the past two days, several information agencies, as well as Azerbaijani, has disseminated this information. Alexey Martynov, head of the International Institute of the Newest States, qualifies the situation in Azerbaijan as critical. “The situation in Azerbaijan is difficult. The economic crisis has reinforced the political. Azerbaijan’s economy is critically dependent on the prices for hydrocarbons. In Azerbaijan, there is nothing other than oil,” told RUSARMINFO Alexey Martynov. However, the recourse to the IMF, according to the expert, is fraught with consequences. 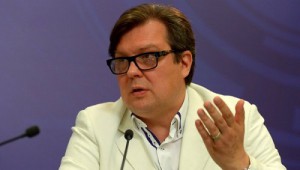 “The international financial organizations have become a tool of political pressure on certain countries. De facto, no financial assistance from them occurs. The countries that have financial transactions with the IMF fall into a serious political bondage and dependence. But, on the other hand, when there is no escape — what to do?” explained Alexey Martynov. Referring to the Russian expert’s words, the Azerbaijani politicians think in vain that due to the escalation of tension in the zone of contact they somehow can distract the citizens’ attention from the existing internal problems. According to a publication of Azerbaijani Vesti.az, President Ilham Aliyev at the First Youth Forum, held on January 29, denied the reports that Azerbaijan had submitted a request to the IMF.