Iran enters into the Karabakh conflict: Opinions from Moscow 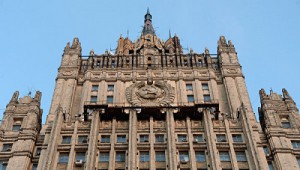 Deputy Foreign Minister Grigory Karasin has discussed in Moscow with his Iranian counterpart Ibrahim Rahimpur the issue of the Nagorno-Karabakh settlement and its possible scenarios, reports the Russian Foreign Office Press service. Earlier, Iranian Foreign Ministry spokesman Hussein Jaber Ansari announced that Iran was ready to mediate between Armenia and Azerbaijan over the Nagorno-Karabakh conflict. It’s a positive development for the Armenian side, — reflects Vladimir Yevseyev, head of the Eurasian integration and SCO development department at the CIS Institute.

“First of all, Iran is opposed to the participation of NATO peacekeepers. This position meets the Armenian national interests. Second, Iran nowadays has complicated relations with Azerbaijan, so I do not think that in the negotiations Iran will act on the side of Baku. There’s more to worry for Azerbaijan,” told RUSARMINFO Vladimir Yevseyev. According to the expert, Azerbaijan will not express its anxiety, but also will resist the entry of Iran into the group of peacekeepers over the Karabakh issue. “Given the territorial claims between Iran and Azerbaijan, as well as Iran’s rapprochement with Armenia after the removal of sanctions on Tehran, Azerbaijan will be against Iran’s interference in the Karabakh conflict,” noted Yevseyev. 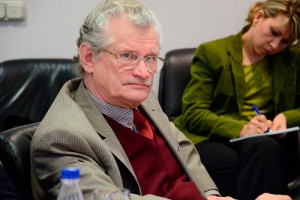 Iran’s role in this historically difficult situation can be positive in conjunction with the OSCE Minsk Group, — mentions Vladimir Sazhin, senior researcher at the Institute of Oriental Studies of the Russian Academy of Sciences. “Iran has long said that it is ready for the mission of mediation between the two countries, Armenia and Azerbaijan. Iran and Armenia have good political and economic relations. I think, Iran plus the OSCE Minsk Group may be a good option in resolving the Karabakh conflict,” told RUSARMINFO Vladimir Sazhin. Iran is interested in demonstrating its initiatives in the foreign affairs and enlarging its participation in the Southern Caucasus, and it is consistent with the logic of the political and economic processes that have been taking place lately around Tehran, — notes Konstantin Kalachyov, head of the “Political expert group”. “In this case, Iran’s mediation is more than appropriate, but we must bear in mind a rather complex attitude of Azerbaijan to Iran. The mediator must be impartial and unbiased. I strongly doubt that Baku will accept this proposal, because I think that Iran is to some extent pro-Armenian”. According to the analyst, Iran understands that this proposal will not be accepted by all parties, however, it does not give up trying to improve its image as a peacemaker in the Caucasus, showing activity in the foreign policy. The conflict between Azerbaijan and Armenia over Nagorno-Karabakh continues since 1988. The OSCE Minsk Group, co-chaired by Russia, the U.S. and France, spearheads the OSCE’s efforts to find a peaceful solution to the Nagorno-Karabakh conflict.