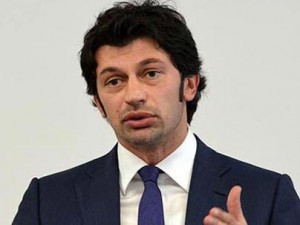 “Gazprom” has put an ultimatum to Georgia, as announced by Minister of Energy of Georgia Kakha Kaladze. According to him, the Georgian side has expressed its opposition to the proposal of Russia to carry out cash payments for gas transit to Armenia, demanding the 10% of the total volume of gas transferred to Armenia. However, the Russian company has openly made it clear that it can implement the transit of natural gas to Armenia through Iran. Given the fact that Georgia wants to reduce the amount of Azerbaijani gas, it will not go to conflict with Gazprom, — says Dmitry Alexandrov, head of analytical department at the “Univer-Capital” company. “Georgia sees Russia as a supplier, which, if necessary, can deliver the necessary volume of gas,” told RUSARMINFO Dmitry Alexandrov.

According to the expert, the proposal of Gazprom has the aim to increase the share of Russian gas in the Georgian economy and facilitate payment issues between the states. In addition, the idea to supply the ​​Russian gas to Armenia through the territory of Iran is more than beneficial for both Moscow and Tehran, and for Yerevan. “In this scenario, the price of gas for Armenia can be reduced due to the declining infrastructure and transport costs. As a result of this project, the only losing party will be Georgia, which will deplete its influence as a transit country,” noted Dmitry Alexandrov. Note: Georgia annually receives about 200-250 million cubic meters of gas for the transit of Russian natural gas to Armenia. In monetary terms, this amounts to 50 million dollars.